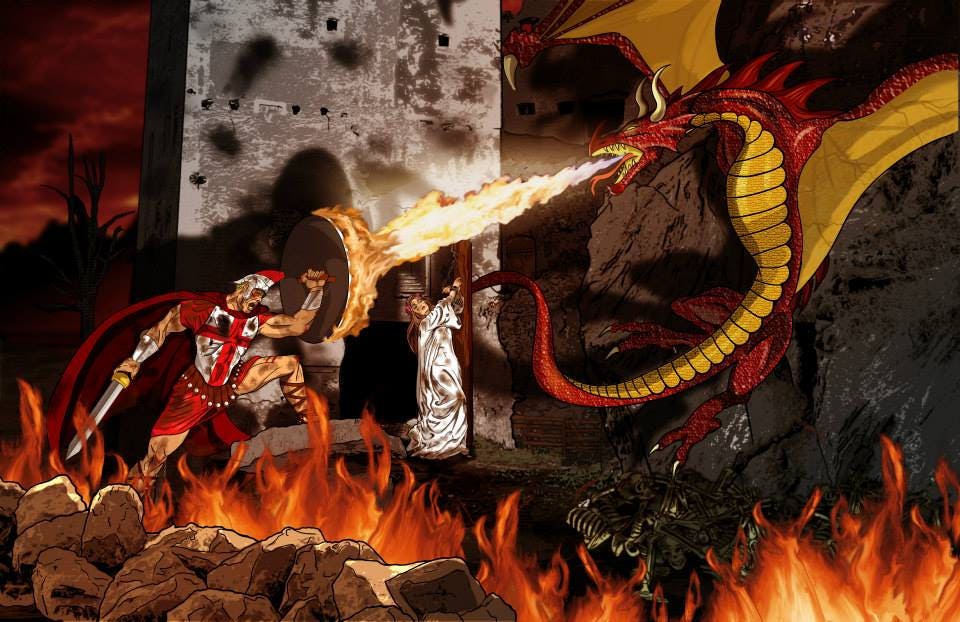 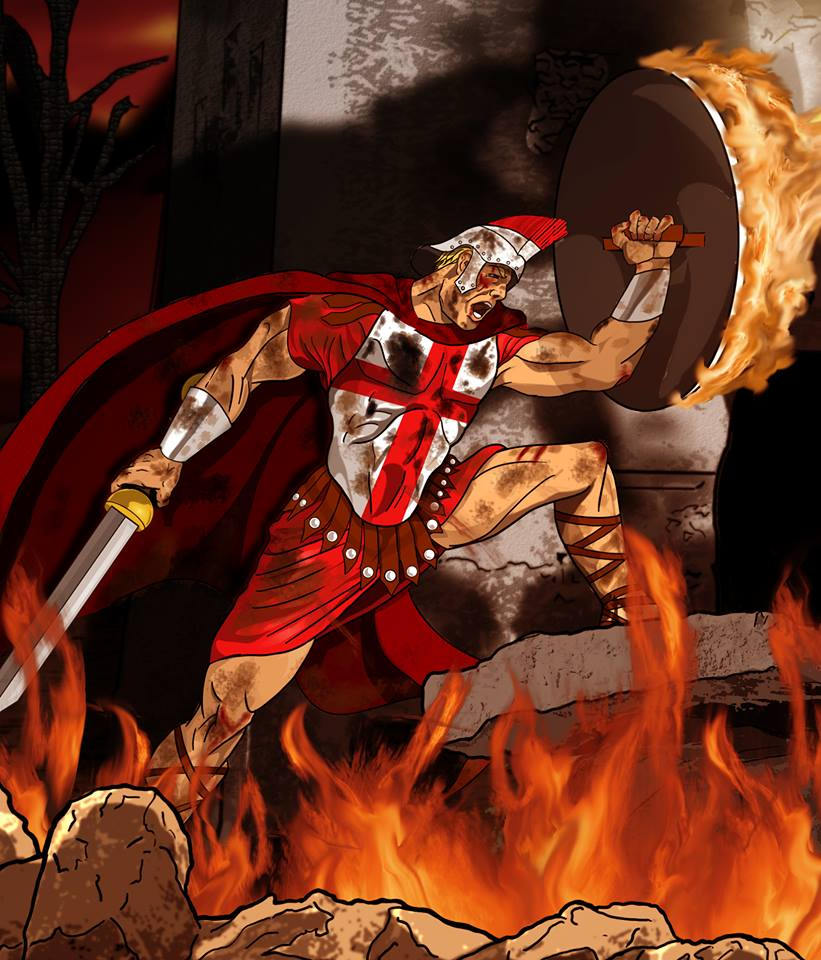 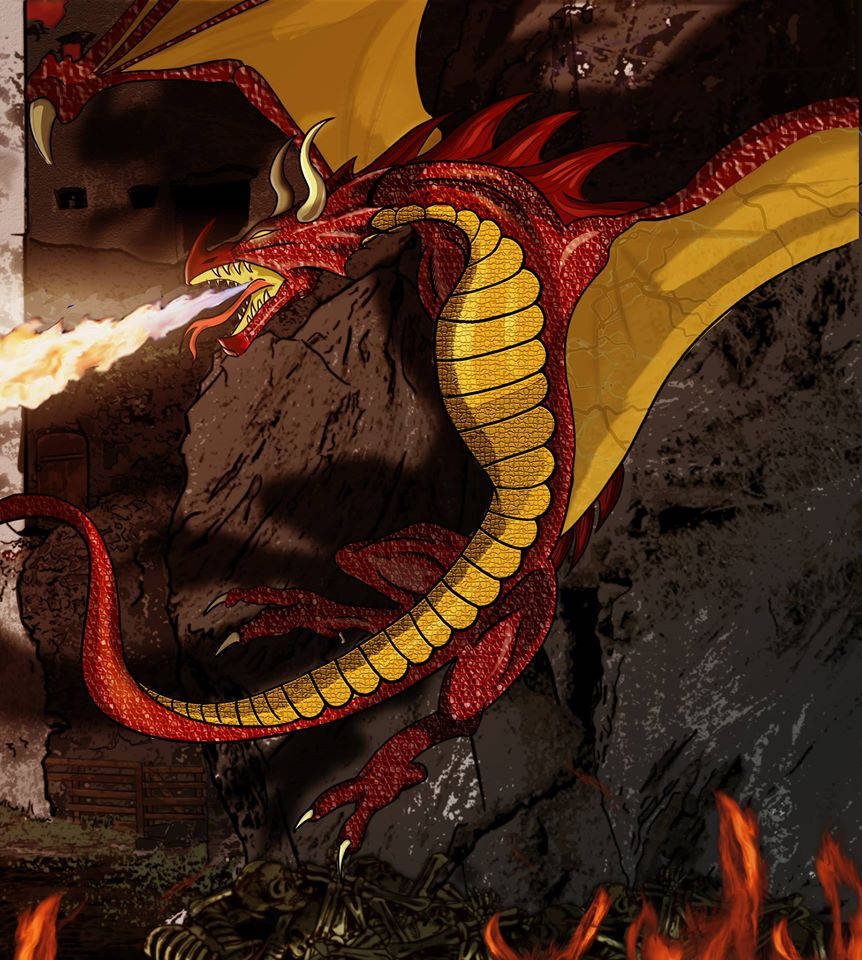 The classic legend of Saint George vs. the Dragon has captivated the faithful for over a thousand years. It is said that Saint George once came upon a kingdom being threatened by a terrible dragon. It was his great faith that allowed him to vanquish the dragon and save the princess offered for sacrifice. Saint George's bravery converted the town to Christ. Saint George would later die a martyrs death after Emperor Diocletian began his religious persecution of the Christians.

Inspire someone in your life with the epic depiction of the struggle of good vs. evil, Christ vs. Satan with this 16 x 20 wrapped canvas print. This high quality illustration makes a great gift for Confirmation, Baptism, First Communion, birthdays, or your priest's rectory!