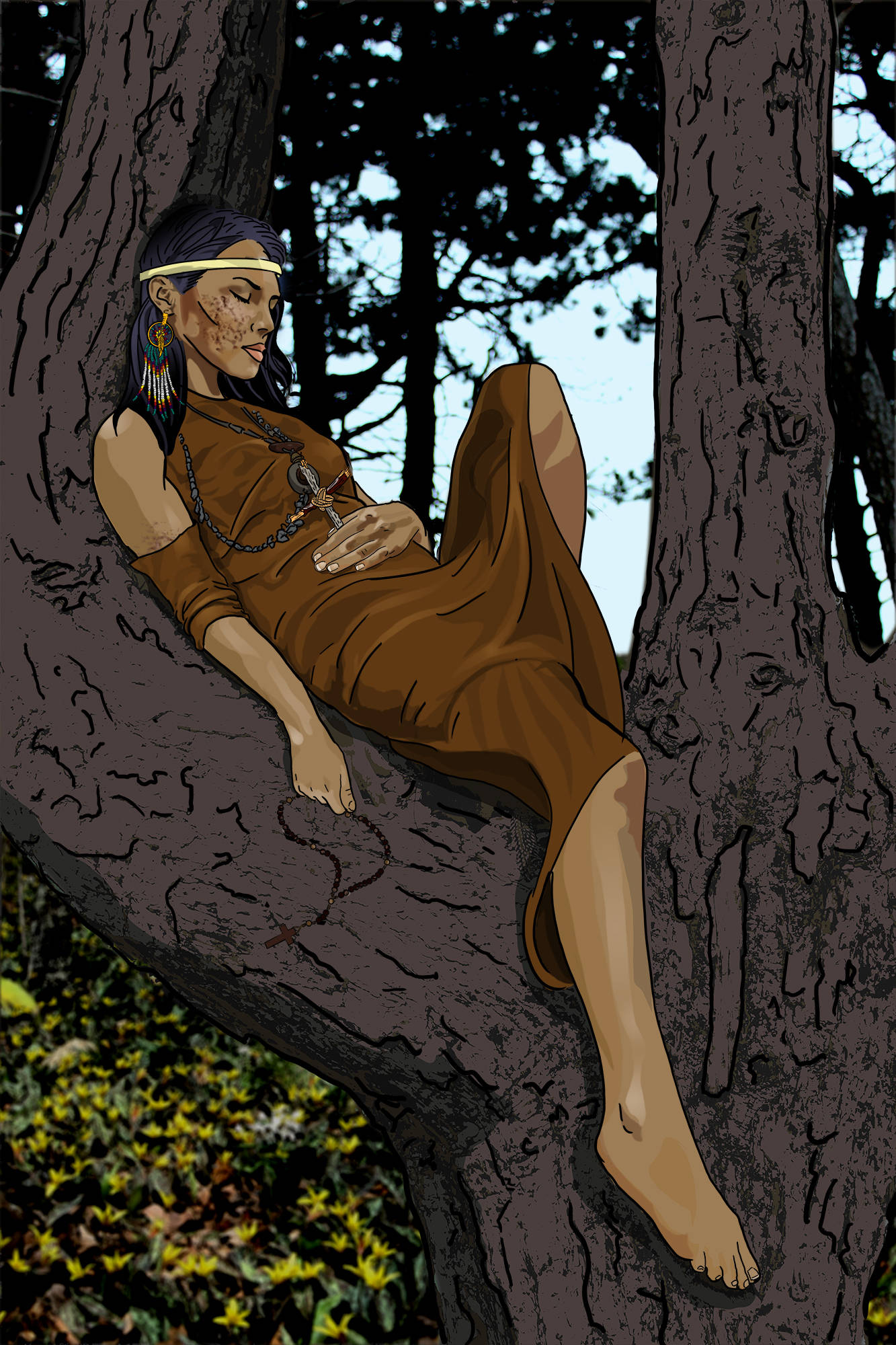 The First Native American American Saint! St. Kateri was a young Native American woman who endured a life of hardship. Her face was horribly diseased by the smallpox outbreak that wiped out her most of her village including her family. She was adopted by the chief of a nearby tribe and would later encounter missionaries who would convert her to Christ. Because of her faith, St. Kateri was tormented by her own people and because of her race she was shunned by the Anglo community. Despite it all she bore all this with grace and love and would die of illness just four years after her baptism, but in those four years she lived the life of a Saint!

Inspire the young person receiving confirmation, show your love for the environment, or your devotion to this amazing Saint in the Catholic Church with his lovely wrapped canvas print, suitable for hanging or framing.