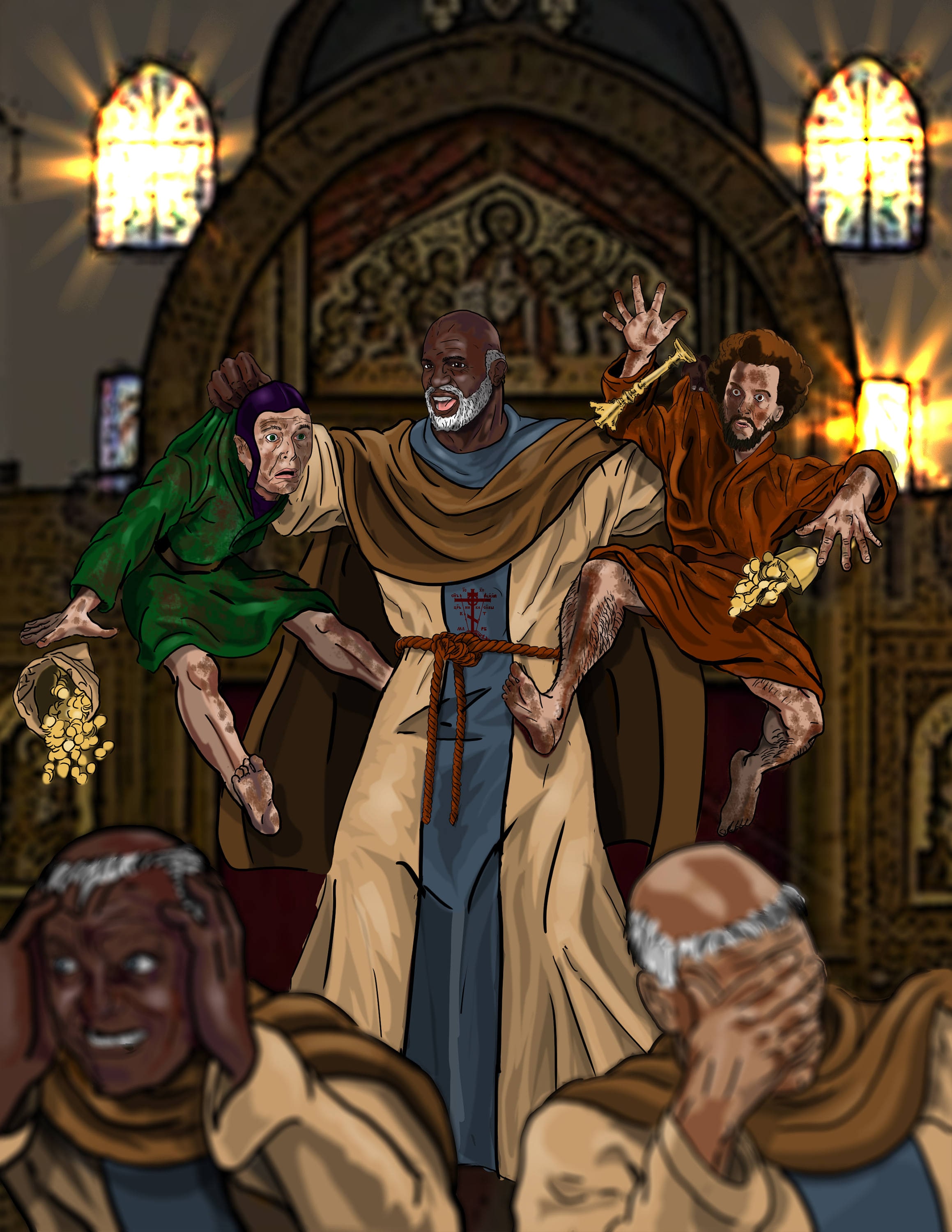 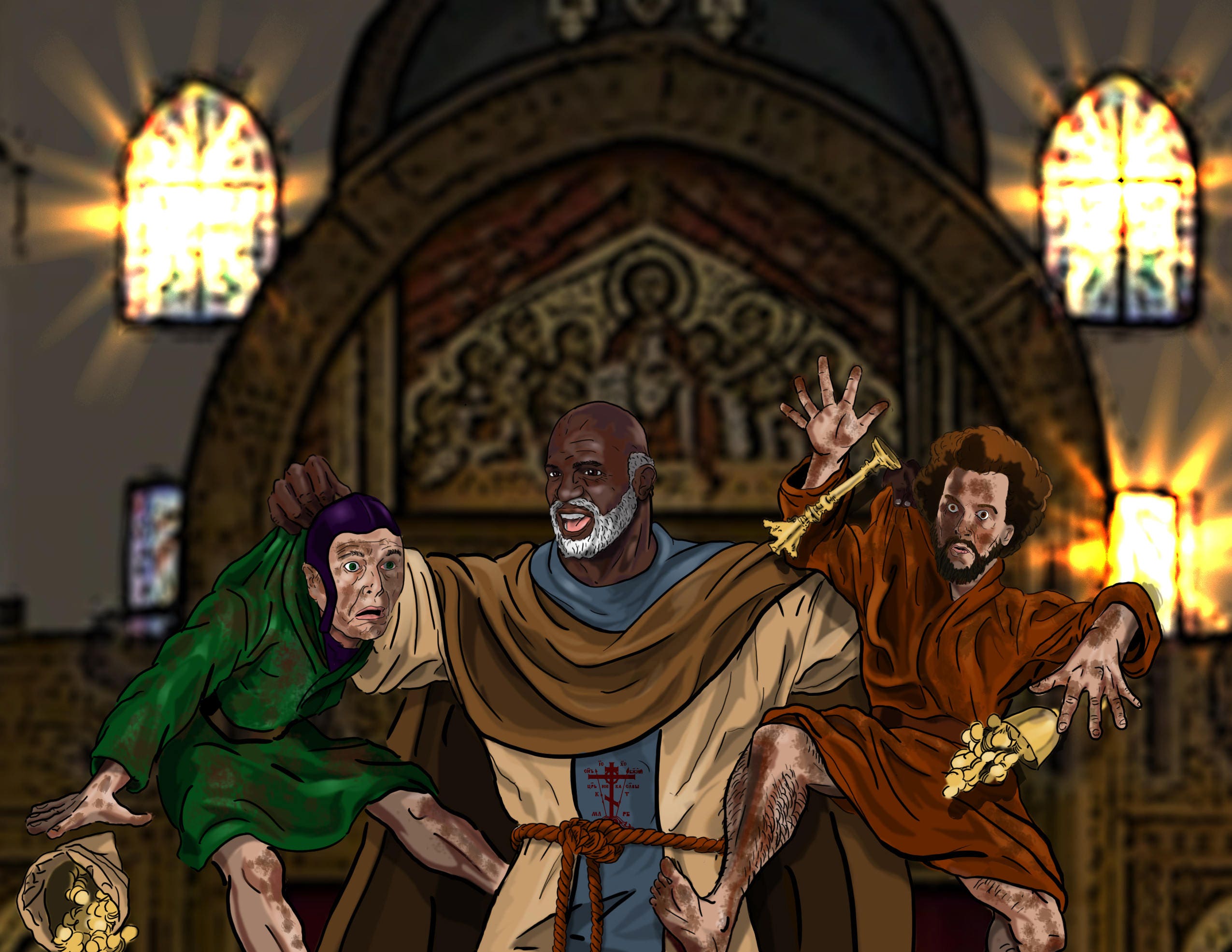 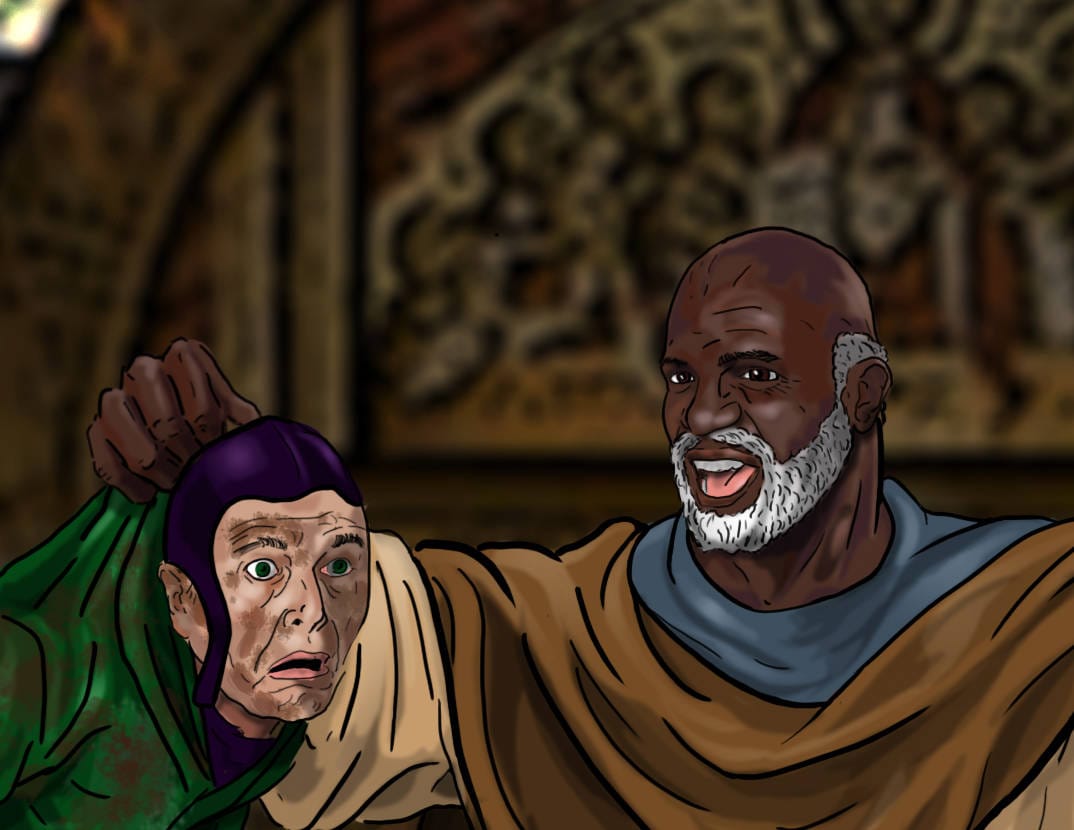 St. Moses the Strong. St, Moses was once the leader of a gang of criminals who wandered the Egyptian countryside in the late 300's spreading violence and terror. Moses was forced to take refuge with a group of Monks while he was on the run from the law and was struck by their peace and joy. Moses gave his life to Christ and joined their order. On one evening Moses was attacked by robbers who had invaded his monastery. He dragged the robbers to the abbot and said he didn't think it would very Christian to harm than so asked what he ought to do with them. The robbers were so impressed by Moses' gentleness with them that they repented and joined the order. Moses would grow and holiness eventually founding his own community and being ordained a priest. He was martyred for the faith and is now considered a notable Desert Father.

This poster is printed on high quality poster paper and is suitable for framing.