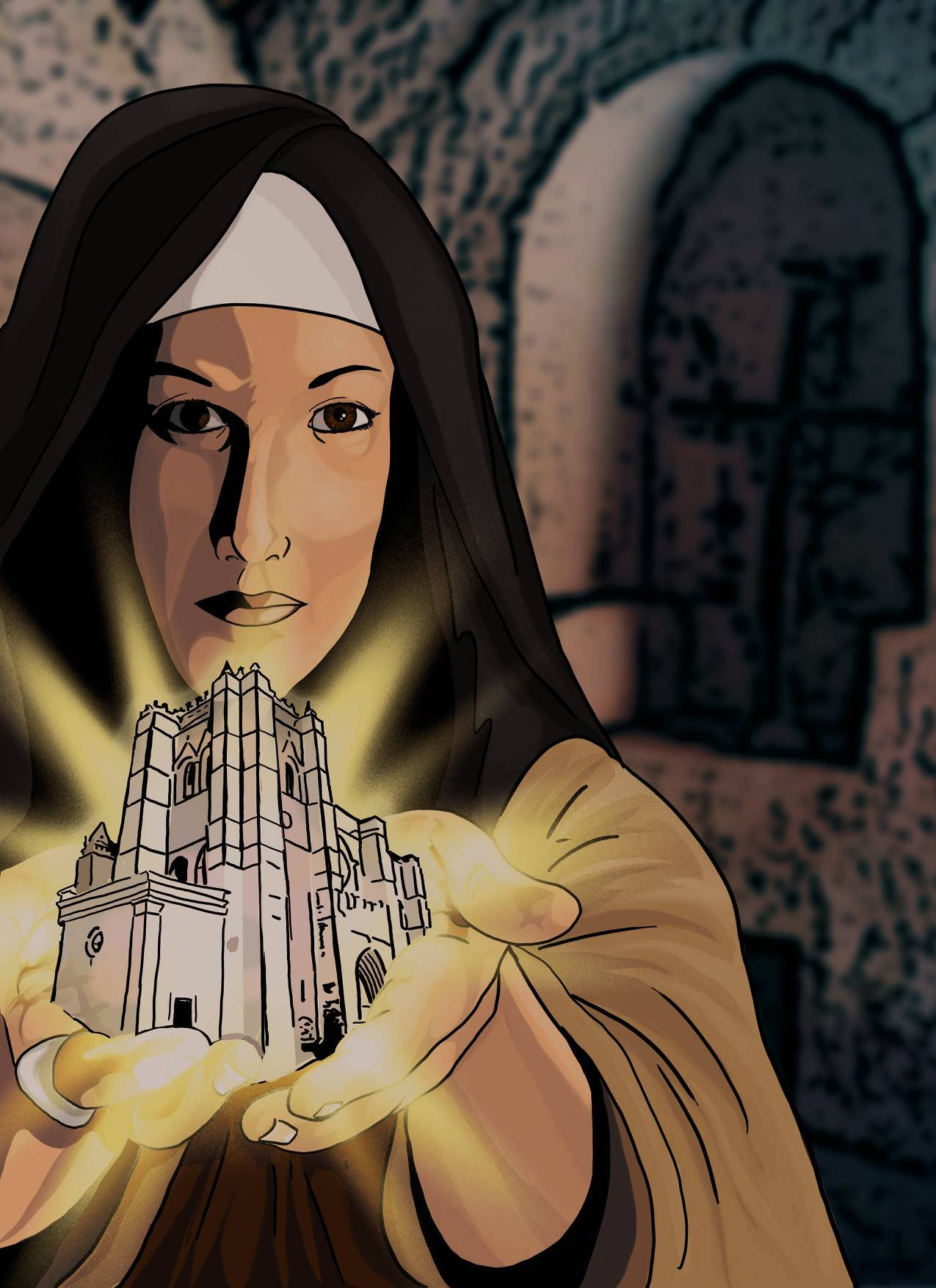 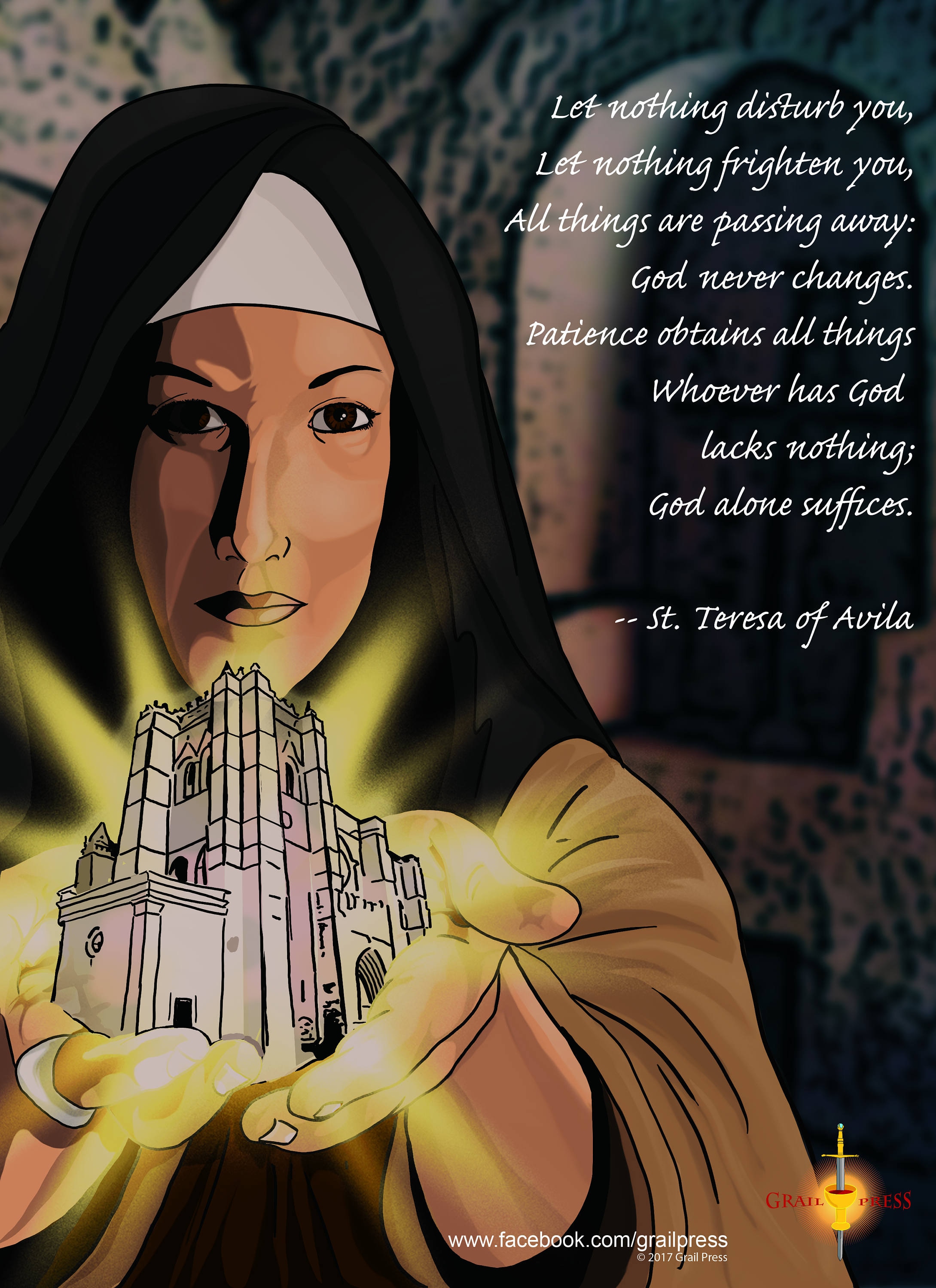 St. Teresa was a sickly child born to Spanish nobility. She lost her mother at an early age and despite the wishes of her father ran away to a Carmelite convent at seventeen. Soon after taking her vows she began to experience a very deep interior life and spent many hours contemplating spiritual writings. It was during these contemplations that she began receiving visions. She would go into a trance called an ecstasy. Despite her contemplative life Teresa was not just a quiet, placid saint, she had an endearing and natural quality. Her life energy attracted and inspired many who were close to her. They admired her for both her outer charm and inner serenity. At the same time her religious ecstasies caused jealousy and suspicions in others.

During these visions Jesus would often appear physically to her although invisible. She experienced these visions for almost two years. In another vision she saw an angel who pierced her heart with a fiery lance causing her great physical pain but caused her soul to burn with love for God. This gave rise to her motto “Lord, either let me suffer or let me die.”

Perhaps her most famous vision was of “a most beautiful crystal globe, made in the shape of a castle, and containing seven mansions, in the seventh and innermost of which was the King of Glory, in the greatest splendor, illumining and beautifying them all. The nearer one to the center, the stronger was the light,” inspired her to write a book on contemplative prayer called “The Interior Castle.” St. Teresa wrote many works and was instrumental in the “Counter-Reformation” a response to the Protestant Reformation. She died at age 67 her final words were “My Lord, it is time to move on. Well then, may your will be done. O my Lord and my Spouse, the hour that I have longed for has come. It is time to meet one another.”

Saint Teresa was canonized and declared a Doctor of the Church. This is a title given to Saints who works the faithful are highly encouraged to read and understand.