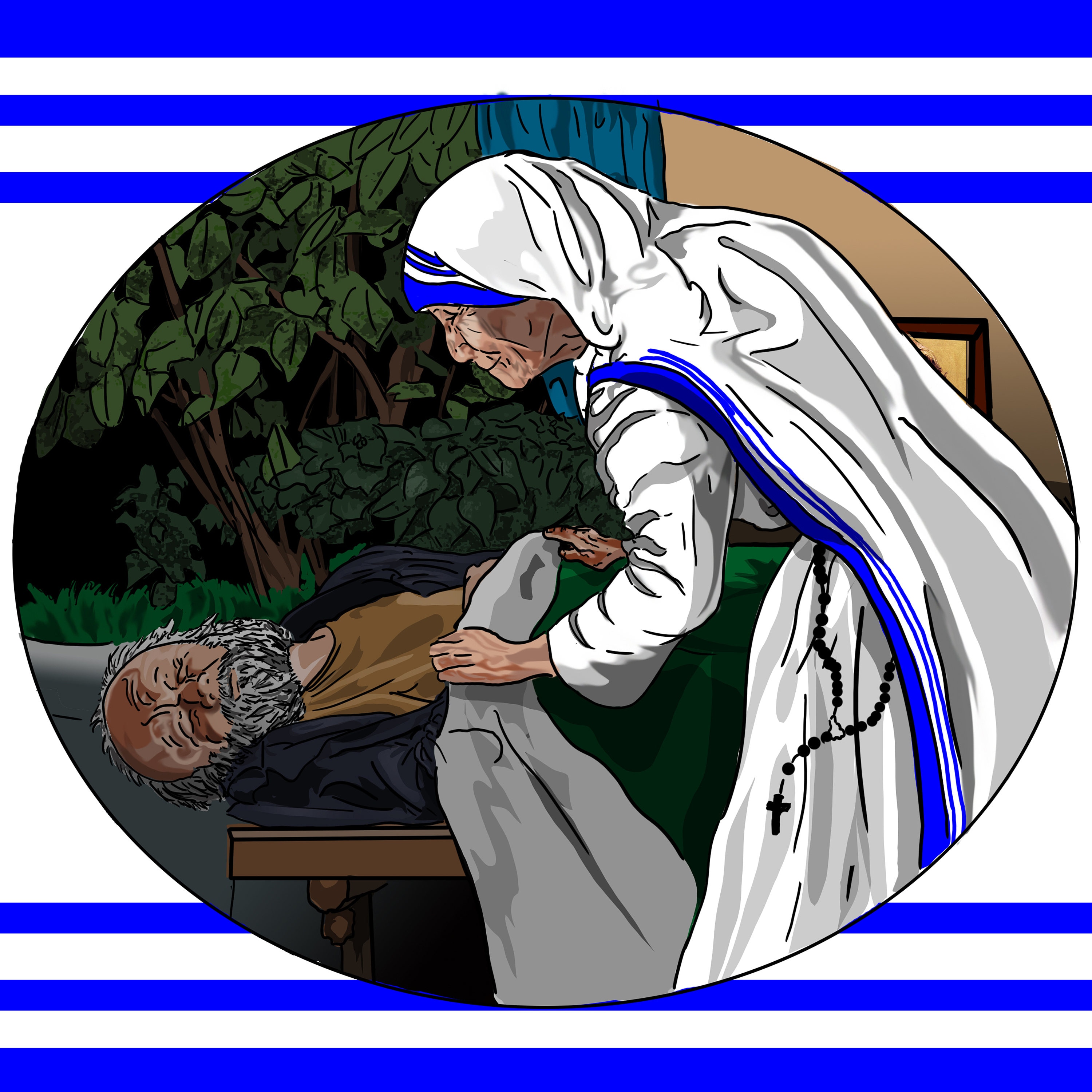 She is the greatest example of radical Christianity in the 20th century. Mother Teresa as she was affectionately known, gave up everything to live her life as a nun to serve Jesus in His thirst for the poorest of the poor and the most rejected of humanity. She went into the worst slums of India to care for those that no one would care for and give dignity to those dying in the streets. She won the Nobel Prize for peace and used it as an opportunity to speak for the unborn. The order she founded, the Missionaries of Charity, now bring hope to those suffering in poverty and inspire us to live by this great Saints words “Love until it hurts.”
This beautiful 14 x 14 wrapped canvas print makes the perfect gift for the Hands and Feet of Christ in your life,your local soup kitchen, or parish office. Suitable for framing or hanging.