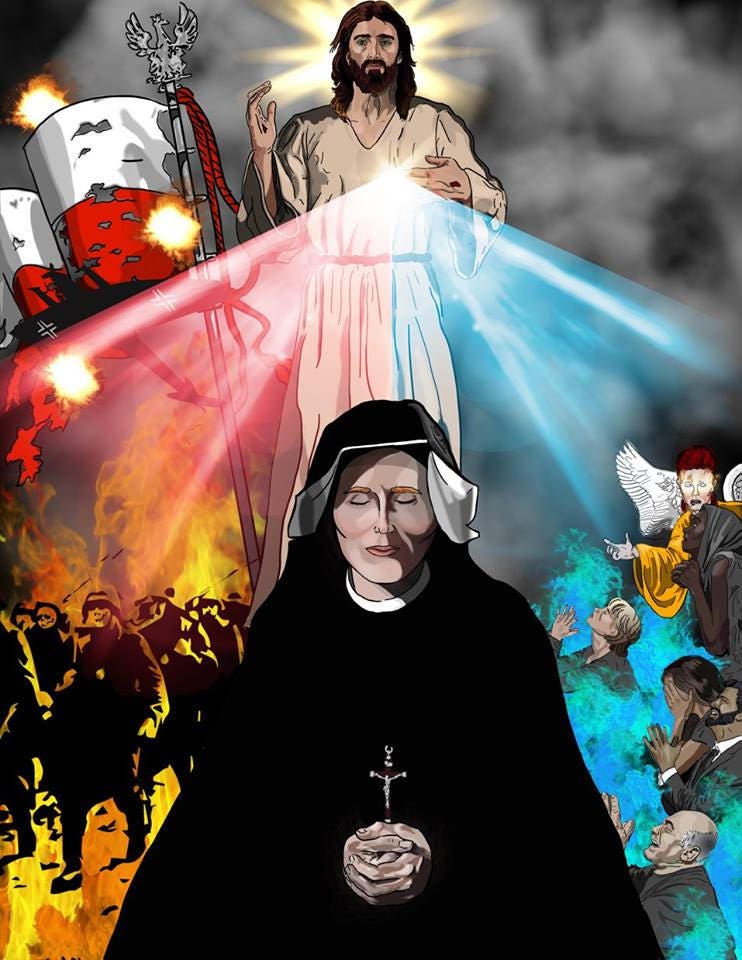 The Saint of Divine Mervcy, Faustina Kowalska! Faustina was a young nun from a poor family living in Poland. She began having visions of Jesus, who showed her the upcoming World War II and Purgatory. He then tasked her to have an image painted, a feast established and chaplet prayed in honor of His Divine Mercy. She would write these things down in a diary and worked tirelessly to fulfill our Lord’s request. She died of tuberculosis at age 33, but the image of Divine Mercy, her diary, and the Chaplet of Mercy would influence many, including Pope St. John Paul II who instituted the feast of Divine Mercy on the Second Sunday of Easter in the year 2000. Act of Mercy: Pray for the living and the dead.

You can contemplate the life, visions, and miracles of this great Saint of Mercy with this beautiful wrapped canvas print that is suitable for framing or hanging!

“Jesus I Trust in You”
-St. Faustina