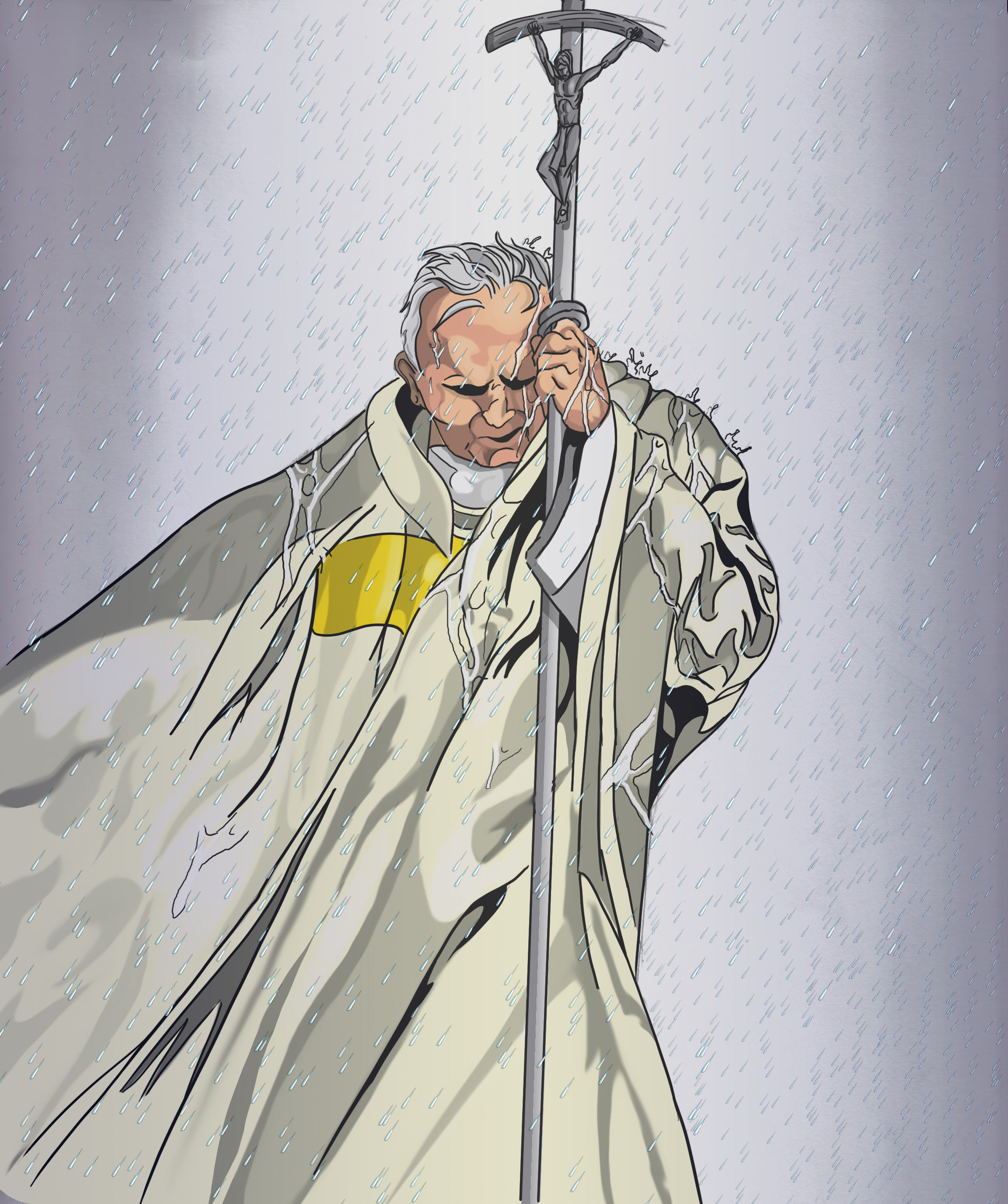 The man who would be pope for the last quarter of the 20th century was born Karol Wojtyla in Poland on May 18th, 1920. His early life was not an easy one. He lost his mother when he was eight years old, and his father died when he was twenty. His homeland was overrun by Nazi Germany in 1939 and he was forced to attend an underground seminary to become a priest. Shortly after the Nazis were defeated Poland was taken over by Communist forces.

After becoming a priest, he worked extensively with young people, and formed a group that discussed philosophy, played sports, prayed and helped the sick. During his priesthood he constantly had to contend with living in a Communist occupied country which subjected the Church to heavy persecution and futilely attempted to take control of the Church.

When Pope John Paul I died 33 days after becoming Pope, John Paul II was elected to be his successor. He became one of the most beloved Popes of all time. He charismatically emphasized teachings on the defense of life in all it’s stages, the gift of sexuality, and the dignity of the person. He would visit more countries than any world leader and empowered the youth of the church with the establishment of World Youth Day. He canonized more saints than had been canonized in the last 500 years, and helped change the world with his instrumental role in the fall of Communism. He survived assassination attempts from the Communists and Al-Qaida and at the end of his life taught the world about redemptive suffering. Is it any wonder that after his death the streets of the Vatican echoed with the cry, “ Santo Subito!”
(“Saint Immediately!”)?

My friend loved it! Cool depiction of JP2.

Perfect style poster of JPII for my son's 1st grade classroom! He is very happy with how it looks. :)