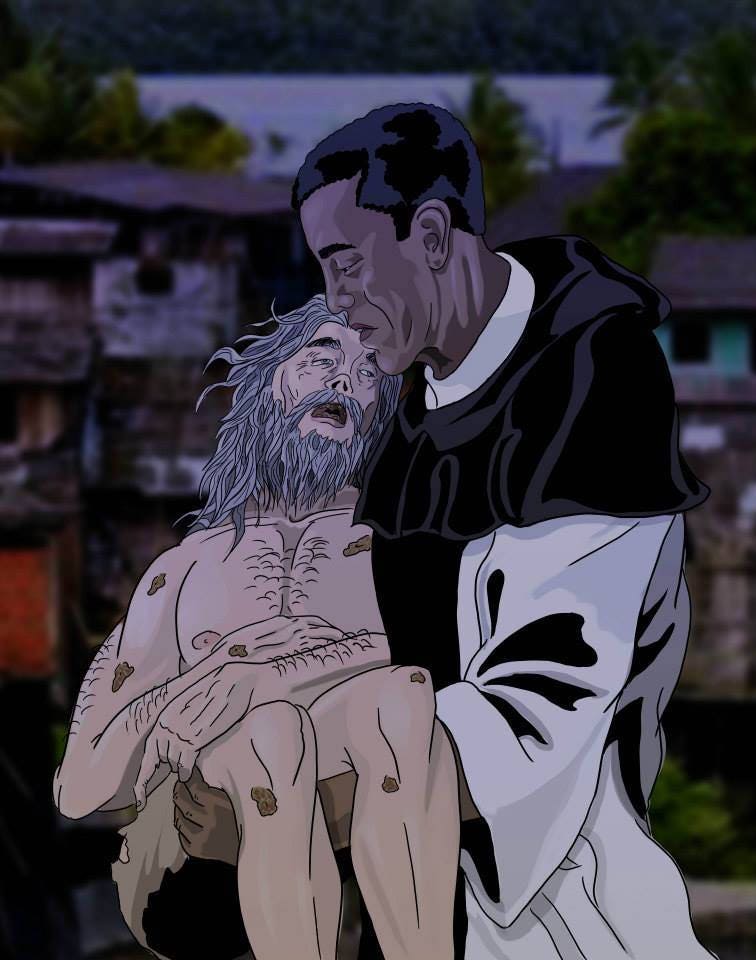 St. Martin was the illegitimate son of a freed woman from Panama and a Spanish grandee from Lima, Peru. Martin inherited the features and dark complexion of his mother. After the birth of a sister, the father abandoned the family. Martin was reared in poverty, locked into a low level of Lima’s society. When he was 12, his mother apprenticed him to a barber-surgeon. He learned how to cut hair and also how to draw blood, care for wounds and prepare and administer medicines.

After a few years Martin applied to the Dominicans to be a “lay helper,” not feeling himself worthy to be a religious brother. After nine years, the example of his prayer and penance, charity and humility led the community to request him to make full religious profession. Many of his nights were spent in prayer and penitential practices; his days were filled with nursing the sick and caring for the poor. It was particularly impressive that he treated all people regardless of their color, race or status. He was instrumental in founding an orphanage, took care of slaves brought from Africa and managed the daily alms of the priory with practicality as well as generosity. When his priory was in debt, he said, “I am only a poor mulatto. Sell me. I am the property of the order. Sell me.”

Side by side with his daily work Martin’s life reflected God’s extraordinary gifts: ecstasies that lifted him into the air, light filling the room where he prayed, miraculous knowledge, instantaneous cures and a remarkable rapport with animals. His charity extended to beasts of the field and even to the vermin of the kitchen. He would excuse the raids of mice and rats on the grounds that they were underfed; he kept stray cats and dogs at his
sister’s house.