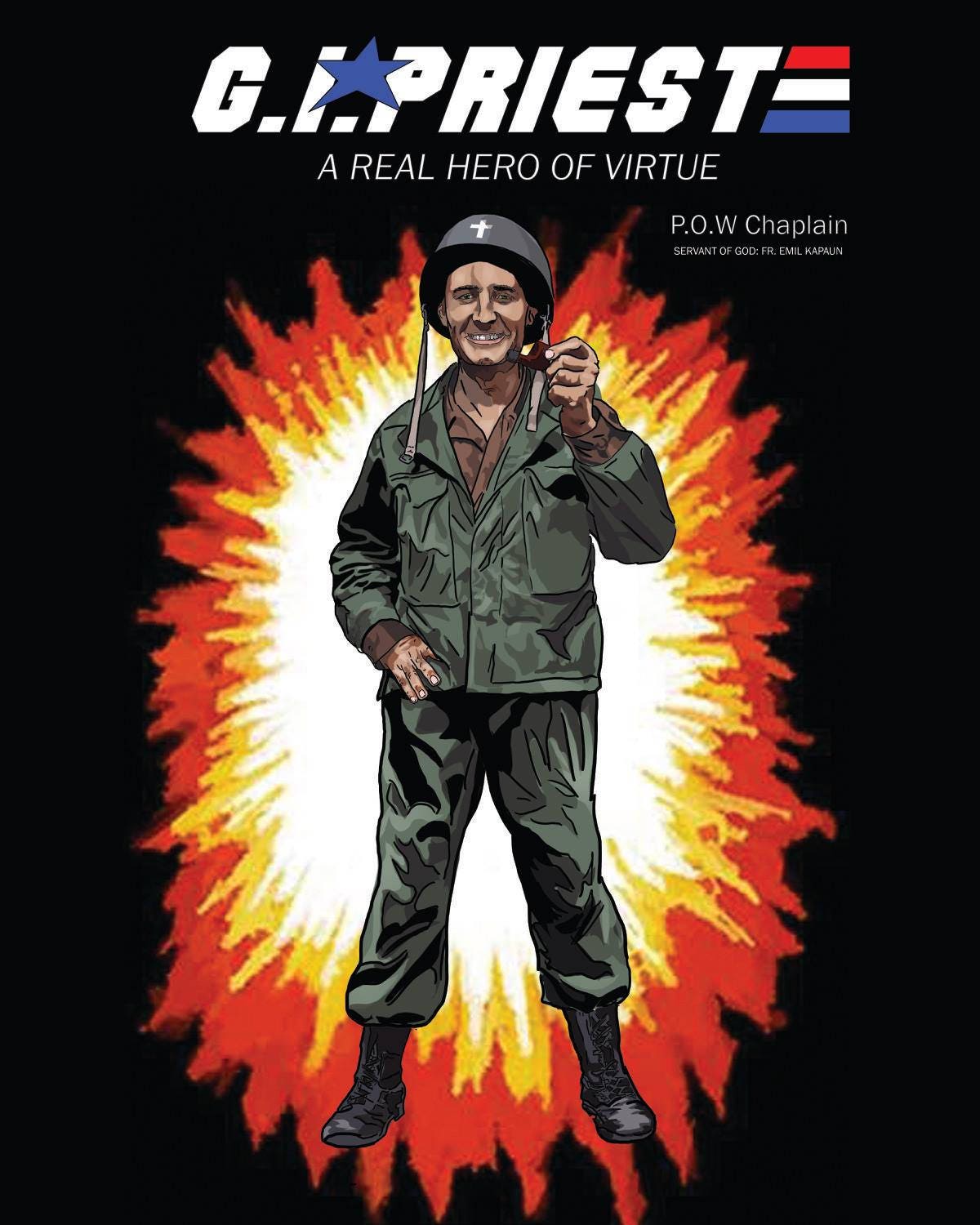 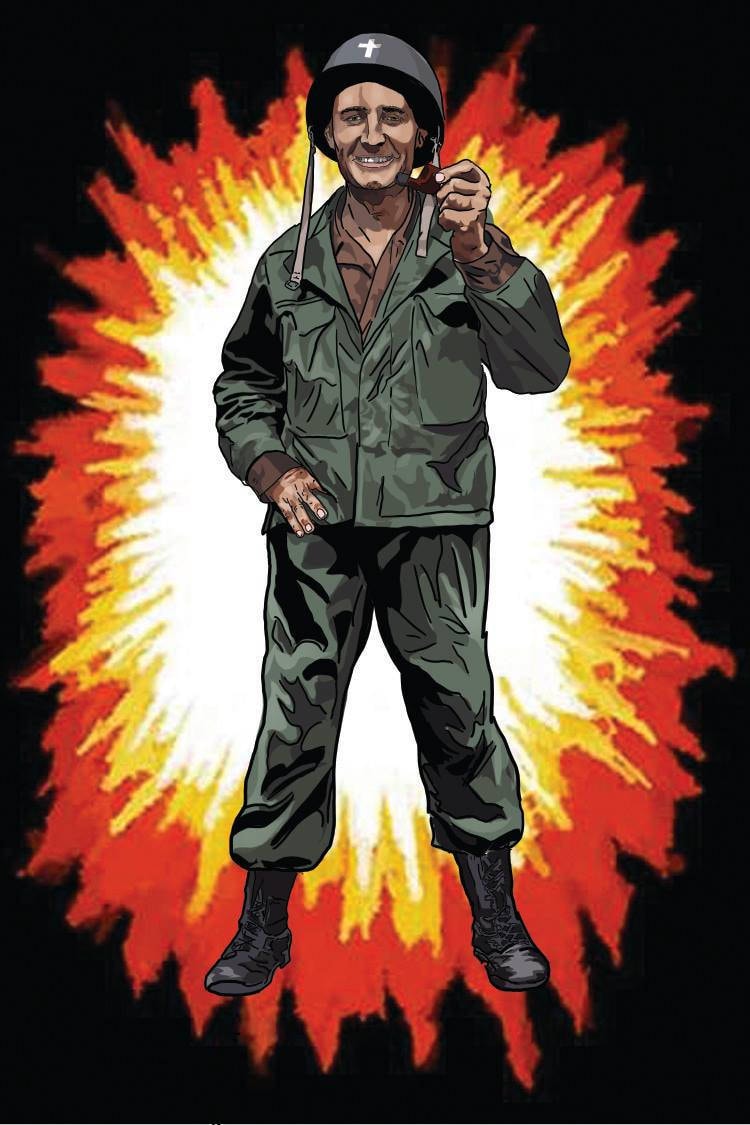 Fr. Emil was a chaplain for the United States Army in the Korean War. As Chaplain he was constantly on the front lines and ministered to the dead and dying while performing baptisms, hearing confessions, offering Holy Communion and celebrating Mass from the front end of a jeep. Fr. Kapaun was awarded the Bronze Star for taking action to save a wounded soldier under enemy fire.
During the Battle of Unsan, American forces were routed and all able bodied men were ordered to retreat. Fr. Kapaun elected to stay behind and minister to the wounded, despite certain capture. Shortly after his capture, Chaplain Kapaun with zero regard for his own safety bravely pushed aside an enemy soldier preparing to execute Sergeant First Class Herbert A. Miller. For these actions and his inspiration to those men at the Battle of Unsan he was posthumously awarded the Congressional Medal of Honor.
As a POW, Chaplain Kapaun kept up the spirits of the other prisoners with prayer, helped mediate disputes, dug latrines, gave from his meager rations to the other starving prisoners and would often steal tea and medicine from their captors. While imprisoned, Fr. Kapaun developed dysentery, pneumonia, and a blood clot in his leg. He eventually became so sick that he was left in "The Hospital" a section of the prison camp were the sick and injured were left to die. Fr. Kapaun died of malnutrition and pneumonia on May 23rd, 1951 and buried in a mass grave. Fr. Kapaun was awarded the Legion of Merit by the U.S. Army for exceptionally meritorious conduct as a prisoner of war, as well as the Purple Heart.

This was high quality and made an excellent gift for my young nephew! Chaplain Kapaun, Servant of God, pray for us!

As described and shipped in a timely manner.