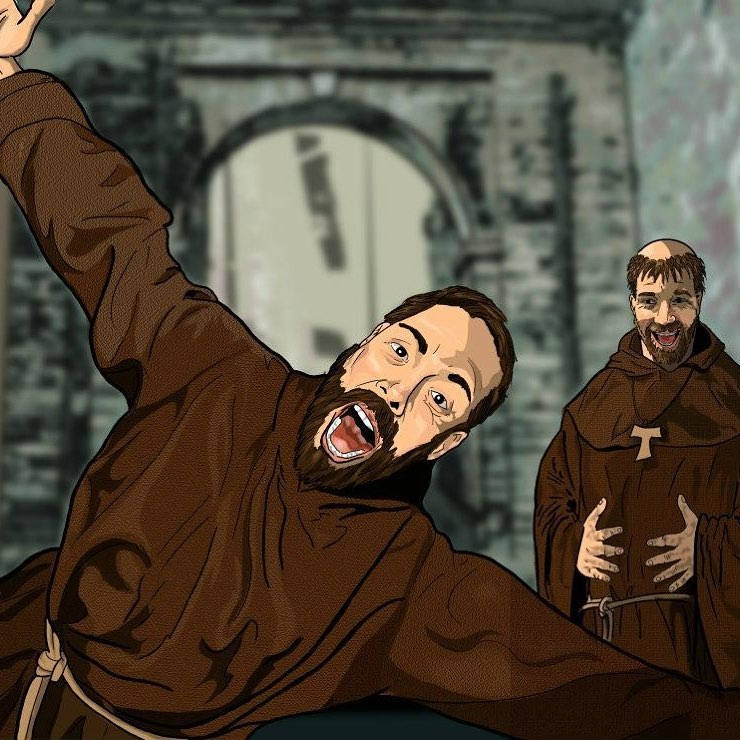 Several stories about Juniper in the Little Flowers of St Francis illustrate his exasperating generosity. Once Juniper was taking care of a sick man who had a craving to eat pig’s feet. This helpful friar went to a nearby field, captured a pig and cut off one foot, and then served this meal to the sick man. The owner of the pig was furious and immediately went to Juniper’s superior. When Juniper saw his mistake, he apologized profusely. He also ended up talking this angry man into donating the rest of the pig to the friars!
Another time Juniper had been commanded to quit giving part of his clothing to the half-naked people he met on the road. Desiring to obey his superior, Juniper once told a man in need that he couldn’t give the man his tunic, but he wouldn’t prevent the man from taking it either. In time, the friars learned not to leave anything lying around, for Juniper would probably give it away. May we be as generous as Brother Juniper with a Joyful and simple faith