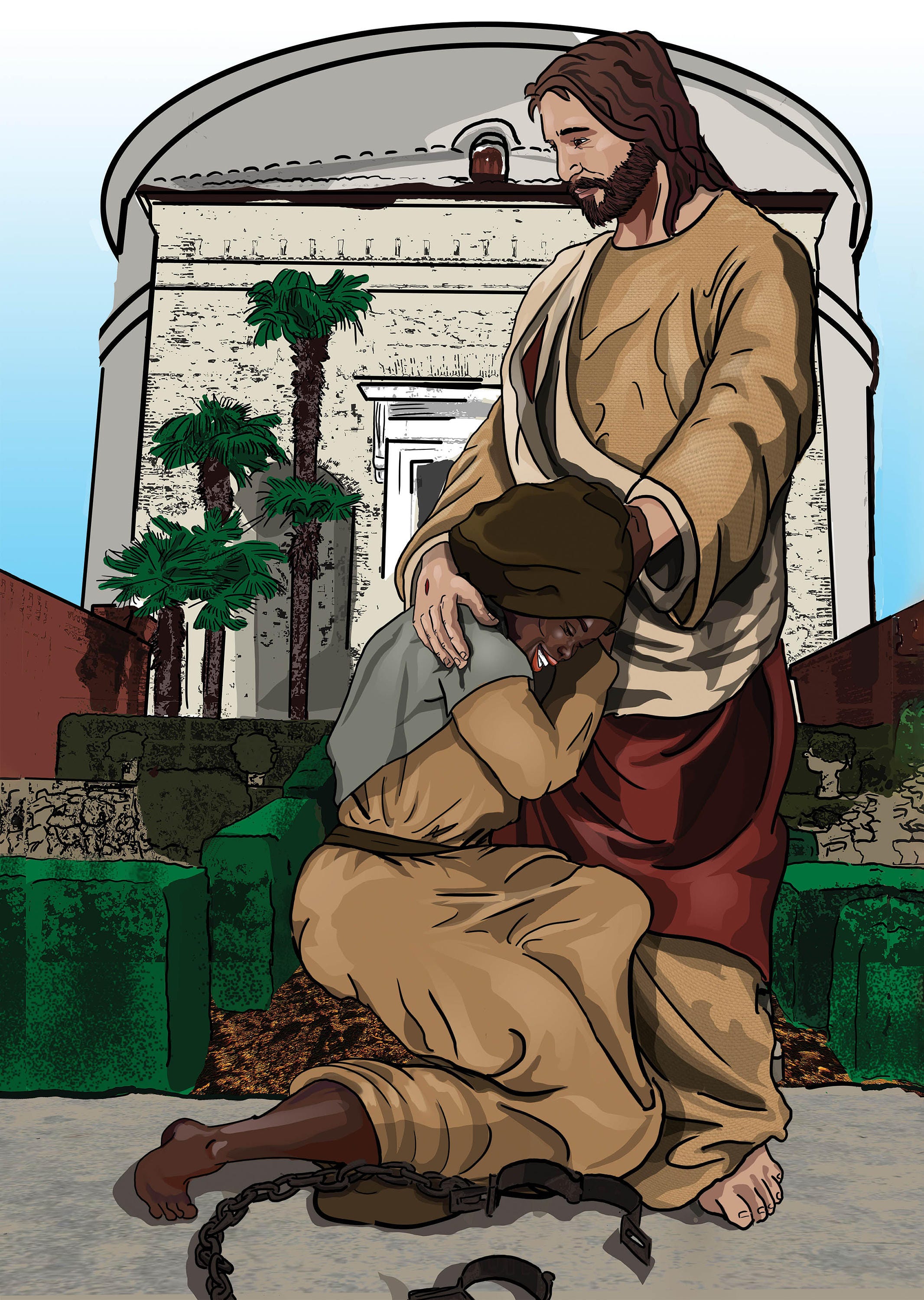 St Josephine Bakhita was just eight years old when Arab traders stole her from her family in 1877 in Sudan. She was forced to walk 600 miles barefoot across the Sudan Desert and was bought and sold twice before she even reached the slavers final destination. The ordeal was so traumatic that the young girl forgot her name. The only name she could remember was a word the slavers called her, Bakhita, meaning lucky.
Bakhita’s first master was ruthless. He was a wealthy Arab who assigned Bakhita as a maid for his children. In order to mark his property he had her skin carved in ritualistic patterns through a painful procedure that had salt poured into open wounds carved into her skin to ensure scaring. She suffered through 114 of these designs carved onto her belly, breasts and right arm. In addition she would be severely beaten and whipped anytime she displeased her master.
Political unrest in the region caused her master to sell her to an Italian diplomat, who in turn gave her as a gift to a wealthy friend, Augusto Michieli. He brought Bakhita back with him to Italy and placed her in charge of his daughter. he left left them in Italy with nuns from the Canosian Order while he returned to Sudan to purchase a hotel. While at the convent she learned of the #Gospel and the saving power of Jesus and began attending classes in order to be baptized.
When Micheli returned to the convent to collect his daughter and slave, Bakhita refused to go, wishing to stay at the convent. When her master protested, the Sisters went to the Italian authorities, who decreed that because slavery was made illegal in Sudan before her birth and was also illegal in Italy, Bakhita was #free.
A freedwoman, Bakhita was received into the Church in 1890 and then entered then went on to take her vows as a Canosian sister taking the name Josephine. She would become the greeter at the convent and became known for her great holiness before her death in 1947. In his encyclical In Hope We Were #Saved, Pope Benedict XVI tells Bakhita’s life story as the outstanding example of Christian hope.