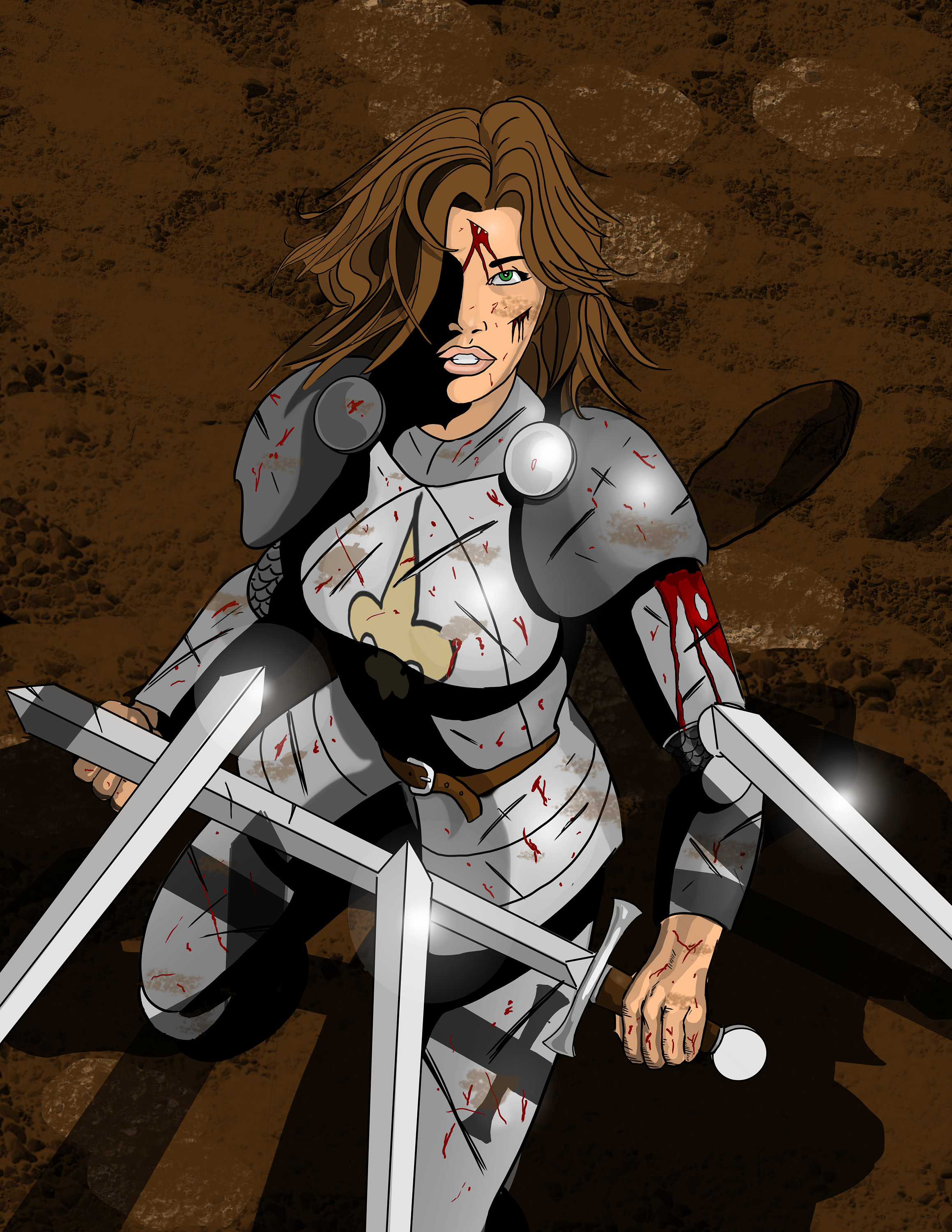 Jeanne d’Arc, also called The Maid of Orléans was a poor peasant girl
living in France during the 100 Years’ War against the English. When she
was twelve she received visions of St. Michael, Saint Catherine, and Saint
Margaret, who told her to drive the English out of France. She replied, “I can
neither ride a horse nor command soldiers.” St. Michael told her, “God will
help you.”

At the age of sixteen Joan attempted to gain access to the royal court and
began to declare in public that she was being charged by God to lead the
French army against the English and the deposed prince would soon be
declared king. She was denied access to the court several times but the people
were behind Joan and purchased the poor girl armor and weaponry. When
she was finally presented to the court of the prince the royal court attempted
to fool her by disguising the prince and presenting her with a false prince, but
led by God Joan saw through the ruse. Leary of the girl and her visions the
prince had her examined by the priests. Upon their approval Joan was put
in charge of a small army and led them to several victories. Throughout her
military career she demonstrated Divine Guidance.

At age nineteen she was captured by the English and put on trial in a corrupt
English ecclesiastical court and sentenced to be burned at the stake. At her
death Joan requested two priests to hold a crucifix above the flames so that an
image of Our Lord would be the last thing she saw. As she burned to death
her last words were “Jesus, Jesus, Jesus.” Twenty-years after the execution,
Pope Callixtus III examined the trial, pronounced her innocent and declared
her a martyr. Nearly 500 years later she was canonized by Pope Benedict XV.