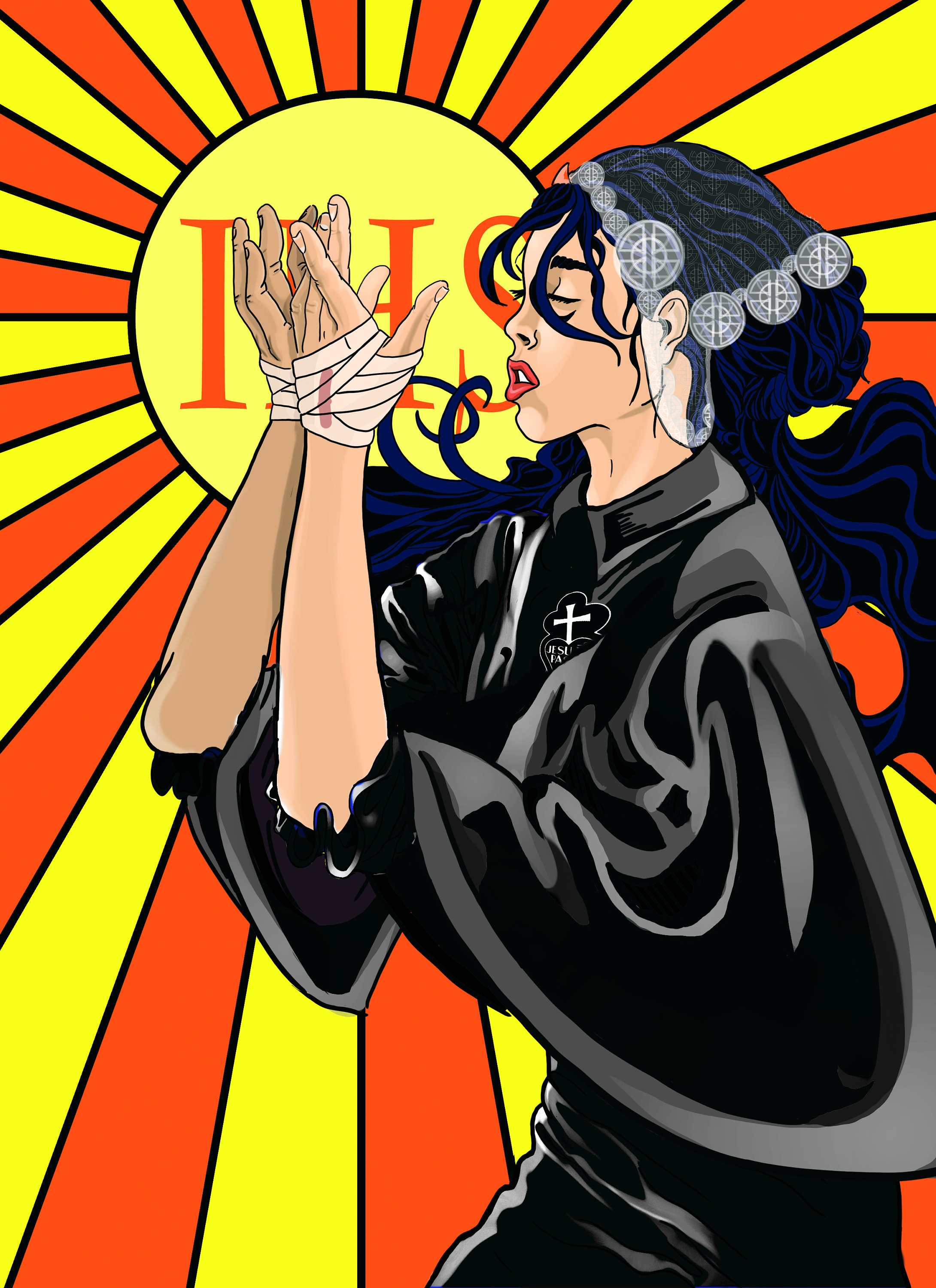 St. Gemma was the daughter of a prosperous pharmacist in Italy. At age
two and a half she was placed into a private nursery school after her mother
contracted tuberculosis. As Gemma went through school she was noted for
being highly intelligent. Her mother died a few years later, as well as two of
her brothers and one of her sisters. When Gemma was nineteen her father
passed away and Gemma was left to care for her seven brothers and sisters.
At age twenty Gemma was stricken with spinal meningitis. She became
deaf, her hair fell out after large abscesses formed on her head, and her limbs
became paralyzed. Gemma began praying for the intercession of St. Gabriel
of the Sorrowful Mother. When things looked bleakest a novena to the saint
was suggested. When the novena was completed Gemma had a vision of the
Saint and was miraculously cured.

Through her intense prayer life, Gemma often encountered mystical visions.
Because she encountered these visions Gemma was denied entry into a
Passionist convent to become a nun, was mocked by her younger sister and
many thought she had a mental illness. The mocking became more severe
when Gemma received the stigmata. Gemma endured many mistreatments
with kindness and love.

At twenty-one Gemma came down with tuberculosis and she suffered
horribly. Despite her illness her faith never wavered. She would eventually
succumb to her illness at age twenty-five but never lost her faith, kindness, or Love of God