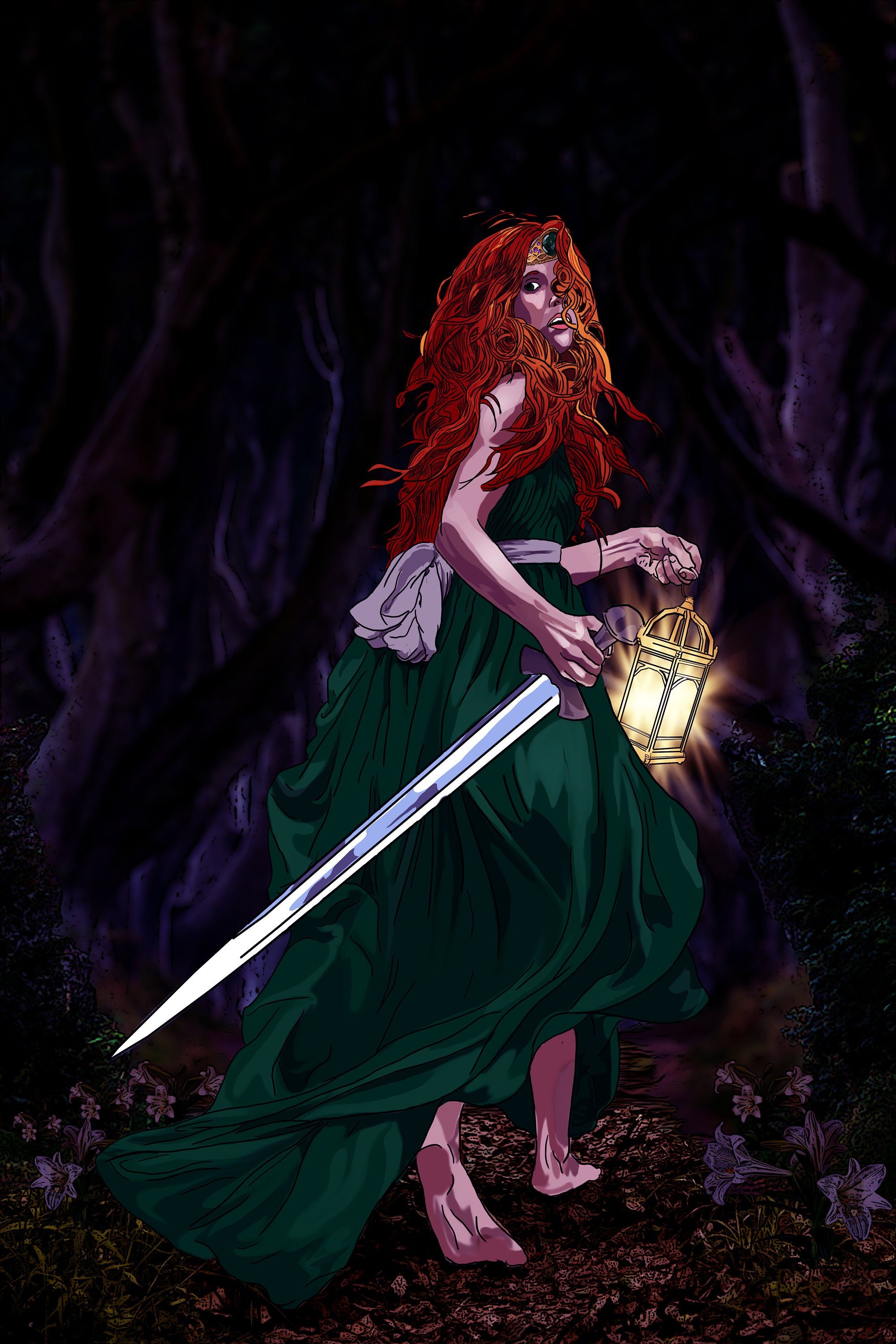 St. Dymphna was an Irish princess born to a pagan father and a Christian mother. When her mother died her father went into a deep depression and vowed to never marry another woman unless she was as beautiful as his deceased wife. When she came of age St. Dymphna took a vow of chastity out of her great love for Christ ,but her father had been driven mad by his depression and noticed her beauty. He decided to take his own daughter as his bride and a fearful Dymphna escaped Ireland with her local priest, the king's fool, and two servants. They escaped to Belgium, however her father was able to trace her by the coins she had brought with her and was spending to survive. Her father found her and demanded she submit to his unholy will and when she refused he beheaded her with his own sword. St Dymphna is the patroness of those who suffer from depression and anxiety, psychologists and neurologists and victims of incest.

Beautiful print! I can't wait to give it to my niece.

This is a very nice painting !