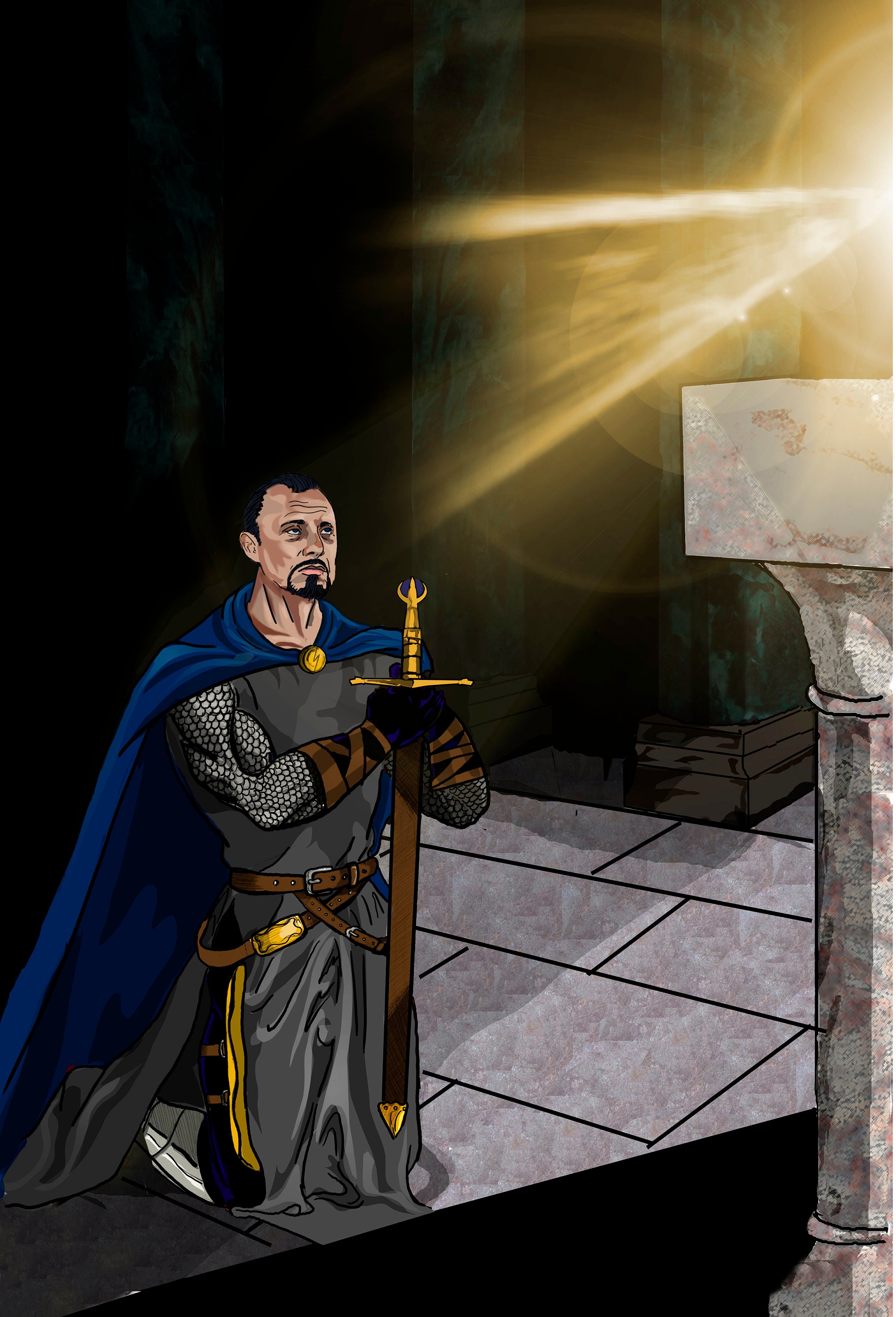 St. Ignatius was once a great knight. He was a cunning warrior and known
for his ability as a diplomat and a leader. His future came into question after
a cannonball struck his legs and he was severely injured. After enduring
several surgeries he underwent a spiritual conversion while in recovery.
Ignatius had read De Vita Christi by Ludolph of Saxony, which inspired him
to following the example of men like St. Francis of Assisi, and he devoted
himself entirely to God. After a vision of Mary and the Child Jesus, Ignatius
left the military and took up a life of simple contemplation.
While visiting a shrine to Our Lady he hung up his sword next to a statue of
Mary and began a life as a hermit. During his time as a hermit he devoted
himself to fasting and prayer. It was then that he wrote The Spiritual
Exercises. He then visited the Holy Land with the desire of reconverting the
area, but was sent back to Europe by the Franciscans who were in charge of
protecting Christians in the area.
Ignatius then spent seven years learning theology and Latin. After gaining
a tightly knit association of followers, Ignatius founded the Society of
Jesus, which received recognition from Pope Paul III. Highly disciplined,
the movement’s followers learned the Spiritual Exercises and Constitution.
Education and self-examination were at the core.
Ignatius and the Jesuits were instrumental figures in the Counter-
Reformation, where the Catholic Church worked to reform itself from within
and countered the theology of Protestantism. At the time of Loyola’s death in
1556, there were 1,000 Jesuits organized into eleven units.