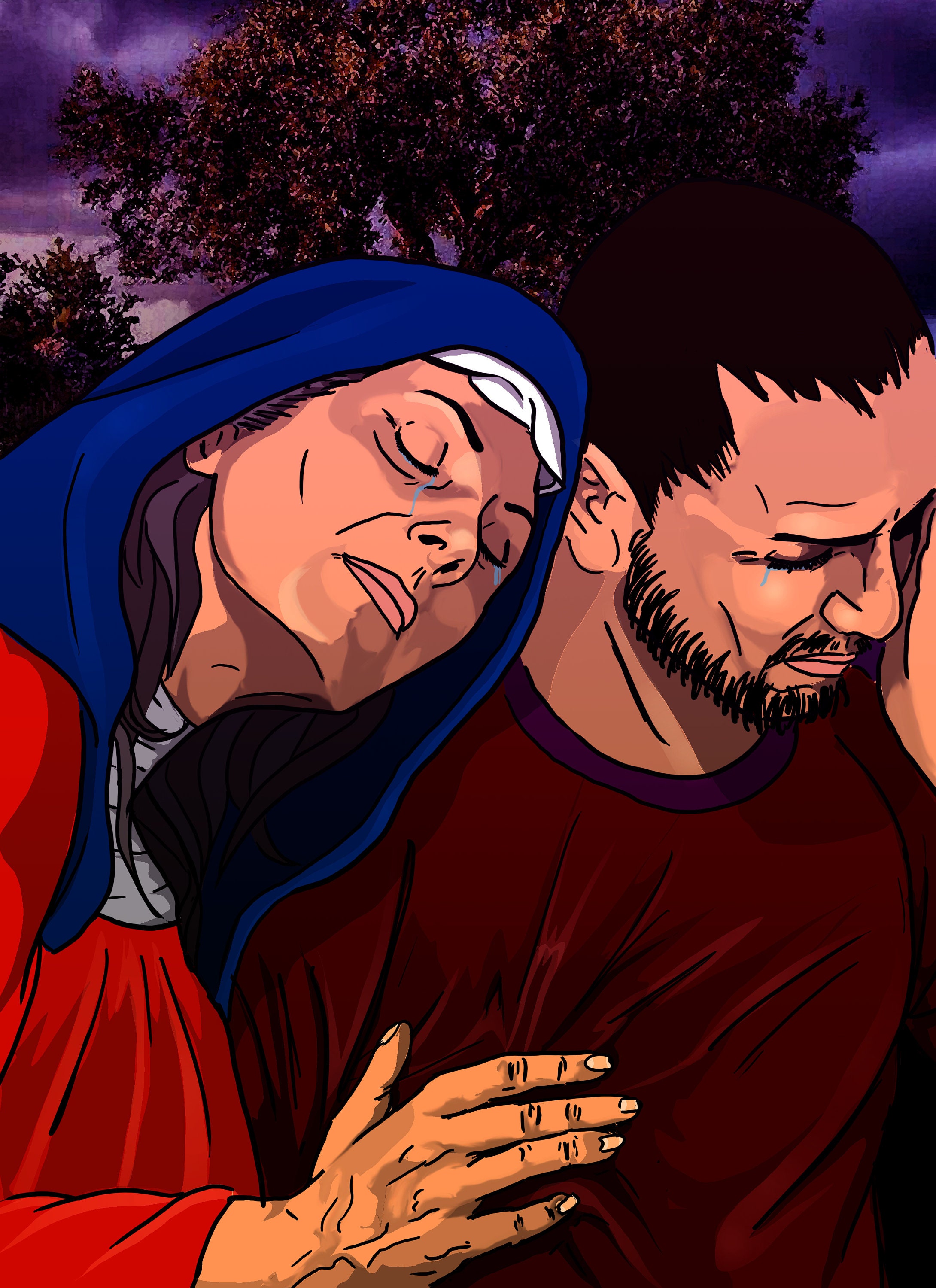 St. Monica was born to a Christian family in the early fourth century.
She was married to an official named Patritius who was a pagan.
Patritius was cruel to Monica and verbally abusive to her as well as
adulterous. He was annoyed by her piety, prayer and almsgiving. To
compound her suffering in this married life she also lived with his very
difficult mother who was also abusive to poor Monica. Monica patiently
endured her situation and prayed for both of their conversions. Monica
was not the only mistreated woman in her village and she soon used her
position to begin a prayer group for the other wives.
Monica and Patritius had three children through their marriage but
he forbade her from getting them baptized. His position only softened
when their youngest son Augustine became gravely ill and Monica
became worried for the soul of her son. Her husband agreed but went
back on his word when Augustine recovered. Augustine would be a
cause of great worry for Monica as he was wayward and lazy. Monica
would tirelessly pray for him and for her husband. When Augustine
was sent off to Carthage to complete his studies Monica’s prayers for
Patritius were finally answered and he became a Christian although he
died shortly thereafter.
Augustine would grieve Monica terribly when he became a pagan and
she went to a bishop for consolation. As she wept the bishop told her
“the child of those tears shall never perish.” Monica followed her son
all over Italy until she met St. Ambrose. With his help after seventeen
years Augustine converted. Monica died shortly after his baptism but
her prayers and persistence had a profound effect on him and her son
became one of the great doctors of the church.