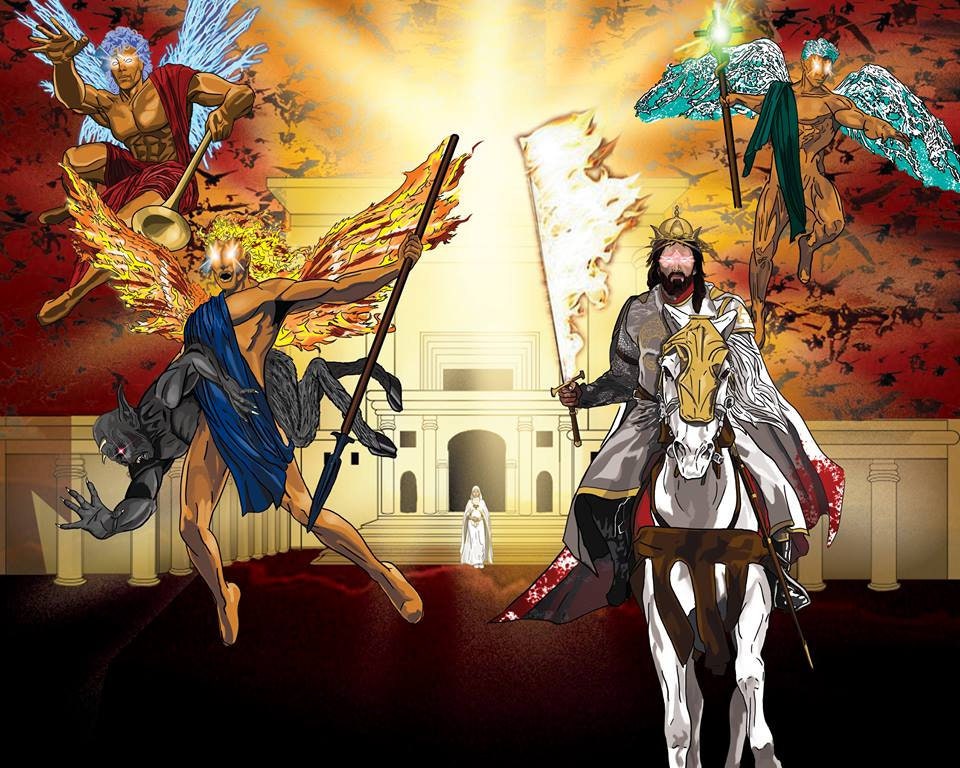 Now I saw heaven opened, and behold, a white horse. And He who sat on him was called Faithful and True, and in righteousness He judges and makes war. 12 His eyes were like a flame of fire, and on His head were many crowns. He [a]had a name written that no one knew except Himself. 13 He was clothed with a robe dipped in blood, and His name is called The Word of God. 14 And the armies in heaven, clothed in [b]fine linen, white and clean, followed Him on white horses. 15 Now out of His mouth goes a [c]sharp sword, that with it He should strike the nations. And He Himself will rule them with a rod of iron. He Himself treads the winepress of the fierceness and wrath of Almighty God. 16 And He has on His robe and on His thigh a name written:

Christ will come again as King of King and Lord of Lords with His army of angels. Accompanied by the archangels: St. Gabriel, St. Raphael, and St. Michael comes Christ the King and the Heavenly Army!

“Beware that your hearts do not become drowsy
from carousing and drunkenness
and the anxieties of daily life,
and that day catch you by surprise like a trap.
For that day will assault everyone
who lives on the face of the earth.
Be vigilant at all times
and pray that you have the strength
to escape the tribulations that are imminent
and to stand before the Son of Man.”