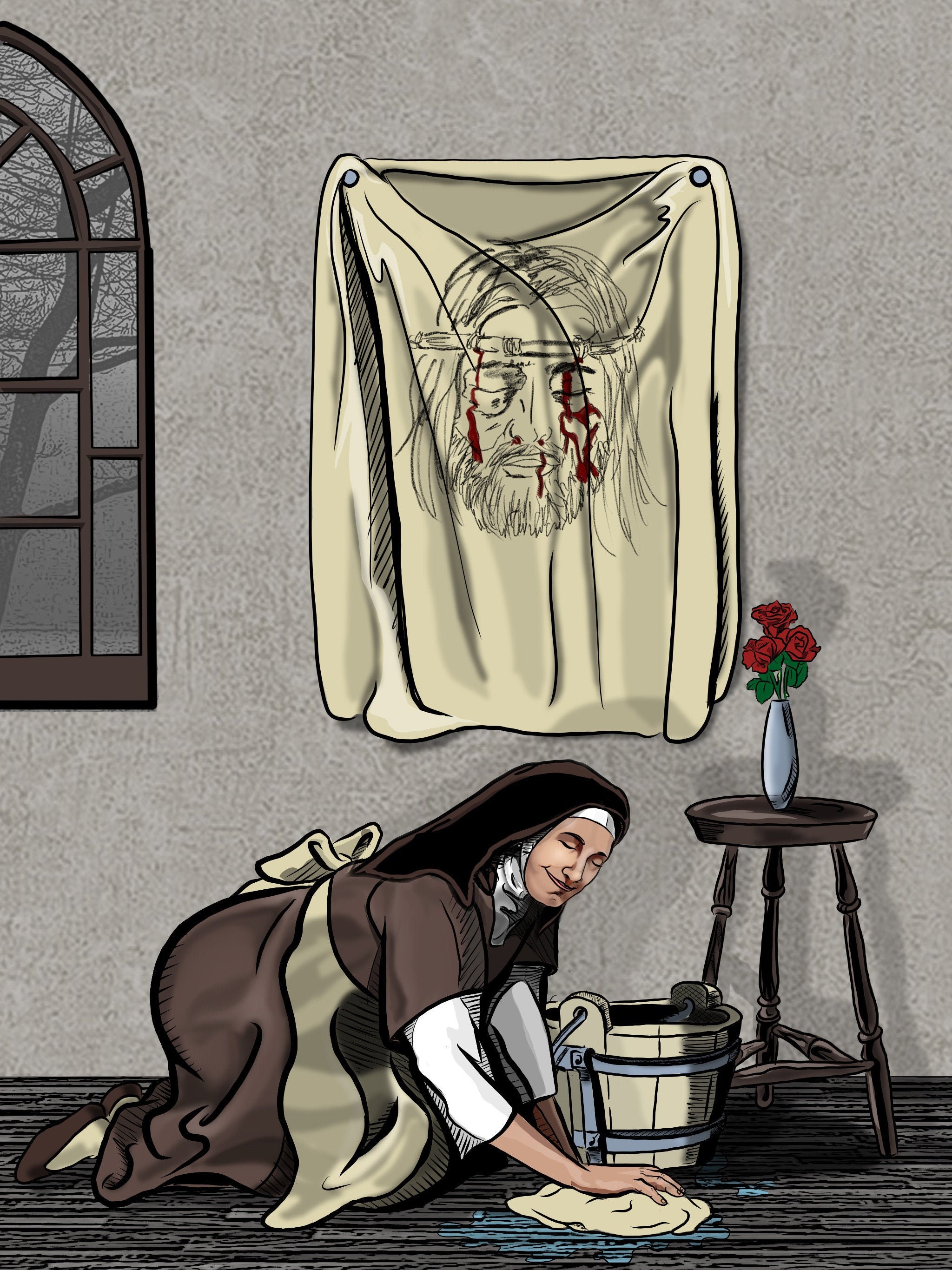 Also known as "The Little Flower of Jesus," St. Thérèse of Lisieux is whom Pope Pius X called "the greatest saint of modern times." Her popularity grew from her autobiography "The Story of a Soul," as well as her powerful intercession.

Thérèse comes from a family of Saints, although she was the first of them to be canonized. Her parents were Sts. Louis and Zélie Martin (both canonized in 2015, the first people to be canonized as a couple). They had nine children, five daughters of whom survived past the age of 5, and all would go on to become nuns.

After the death of her mother at a young age and her older sister entering the Carmelite Convent, Thérèse herself felt the pull of the vocation to consecrated life. Graced with a humbling conversion experience that taught her "the need to forget myself to make others happy" during the Christmas season, Thérèse resolved to not only grow up but to grow in holiness. She began to do spiritual reading like "My Imitation of Christ" by Thomas A. Kempis, praying for the conversions of others and continuously praying for her vocation. She would press everyone she could about becoming a nun as soon as possible: Priests, her Bishop, and even Pope Leo XIII! Eventually, at the age of 15, her Bishop permitted her to enter the convent at Lisieux, where two of her older sisters were. She made her vows a year later and took the name Therese of the Child Jesus of the Holy Face, after intense devotion to the Child Jesus and the Holy Face of Jesus (the image left on the veil of St. Veronica).

Her years living the strict, austere life of prayer, fasting, and community labor opened her up to many graces from the Holy Spirit and revealed profound spiritual truths to her. Though she had a great devotion to St. Joan of Arc, one of her heroes, Saints weren't only made by giant heroic deeds that resonated throughout history. Thérèse had found another way, a little way. "Love proves itself by deeds, so how am I to show my love? Great deeds are forbidden me. The only way I can prove my love is by scattering flowers, and these flowers are every little sacrifice, every glance and word, and the doing of the least actions for love."

Thérèse developed tuberculosis in the convent and died at the young age of Twenty-four. Following her death, at her request to the benefit of others, her memoirs were published under the title "The Story of a Soul." Her simple and practical approach to a holiness achievable through ordinary deeds done with great love continues to inspire Catholics throughout the world that they, too, can strive to fulfill the "Universal Call to Holiness."