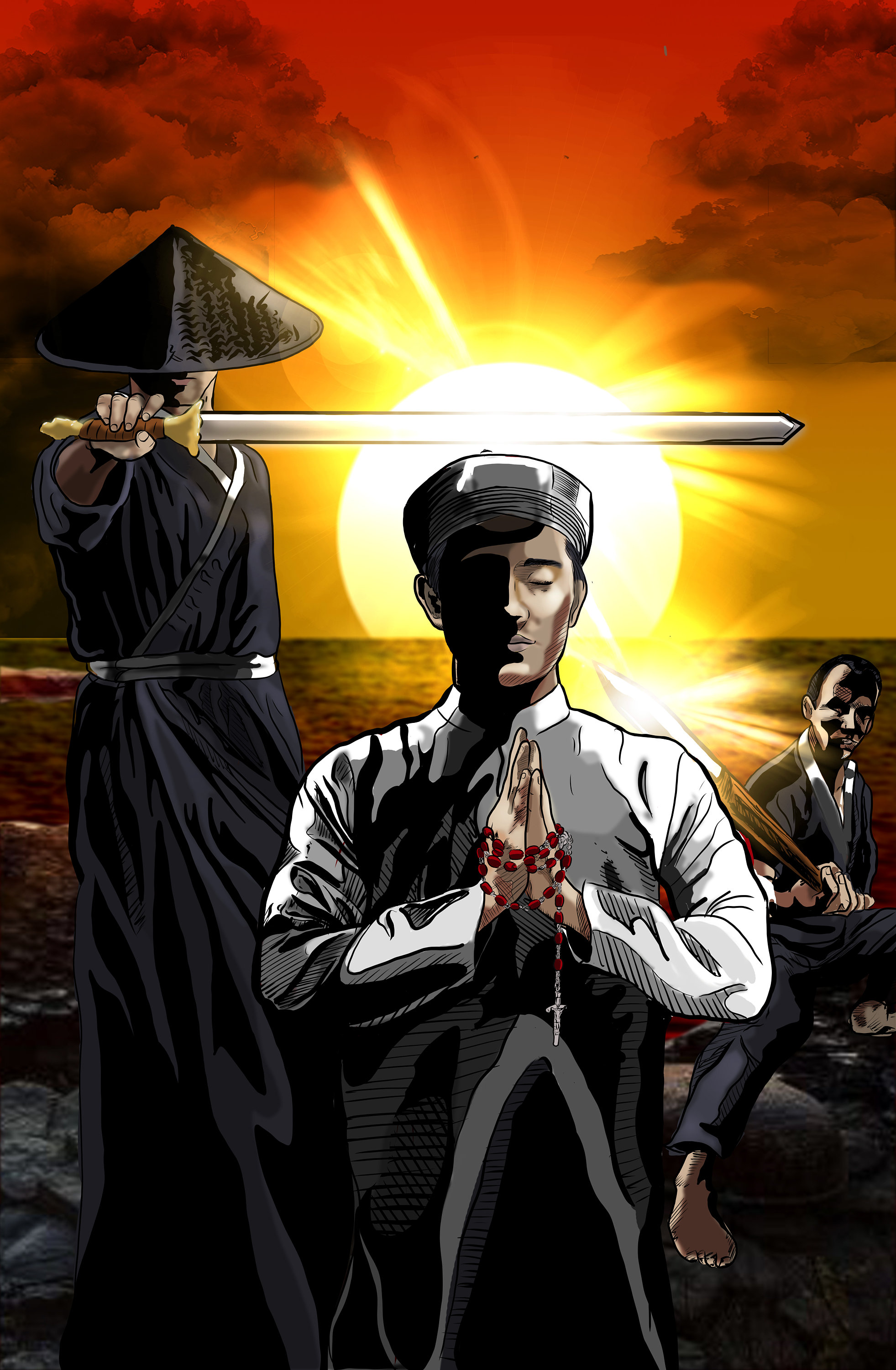 Andrew was born in Vietnam many years ago in 1624. Andrew was a bright boy but being born a peasant meant he would never receive an education, a luxury reserved only for the nobility. When Jesuit Missionaries came to Vietnam in 1640 they came preaching the Gospel and offering education for the poor. Seein an opportunity to give her son an education she asked the missionaries if they would teach her son and they agreed. Andrew not only excelled in his studies but accepted the Gospel wholeheartedly. He and his mother were soon baptized and Andrew became a catechist, helping his priest, the missionary Fr. de Rhodes teach others the faith.

In 1644 the Mandarin (a local governor) Ong Nghe Bo returned to his province with orders from the King of Vietnam to stop the spread of Christianity as he saw it as a threat to his rule. Authorities began rounding up missionaries to throw them in jail, but when they came looking for Fr. de Rhodes they only found Andrew. Not wanting to return empty-handed, Andrew was beaten, arrested, and delivered to the Mandarin.

The Mandarin tried in vain to get Andrew to renounce his faith but Andrew clung firm, stating he would suffer any pain rather than abandon his faith. Andrew was thrown into prison. Faithful came to meet him requesting prayers and Andrew requested prayers that he would remain strong to the end. The next morning Andrew was sentenced to death and paraded through streets. Christians and non-believers alike came out to witness Andrew's execution who walked with serene purpose. He extolled those watching to remain firm in the faith and not shed tears for him. Andrew was stabbed several times with a lance before he was beheaded. Just as the sword was about to connect he cried out the name of Jesus. He was only about 20 years and he was the first martyr of Vietnam.