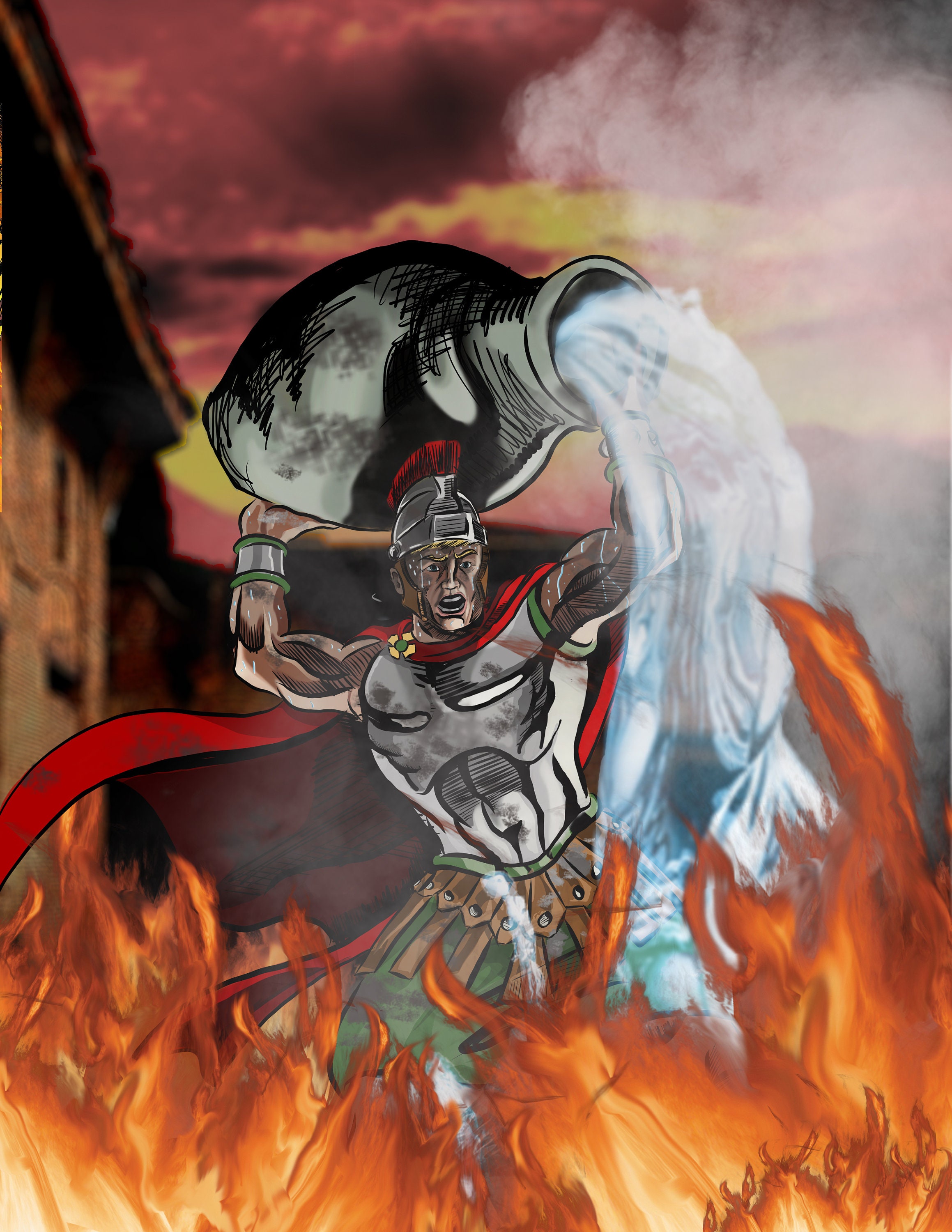 St Florian was the commander of the Roman army in Noricum, what is today Austria and Slovenia during the reign of the Roman Emperor Diocletian. He converted to Christianity as an adult. Sometime after his conversion, a fire broke out in the village he was stationed in, and it threatened to consume it entirely. Keeping his calm, St. Florian prayed and then, with a single bucket of water extinguished the fire burning the village.

When Emperor Diocletian issued his edict calling for the arrest and persecution of Christians, word was sent to him that St. Florian was not enforcing the law. The emperor sent one of his officials, a man named Aquilinus, to investigate. In the course of his investigation, he ordered Florian to make a sacrifice to the Roman gods. Florian flatly refused. Aquilinus used his authority to have Florian executed. Knowing his reputation for having saved a burning village, he was ordered to be burned alive. Standing before the kindling for the pyre, Florian turned to executors and said "If you wish to know that I am not afraid of your torture, light the fire, and in the name of the Lord I will climb onto it." Unnerved by his words, his torturers had him severely flogged, and then tied a millstone around his neck and flung him into the river. The local Christians recovered his body and buried him in a monastery.