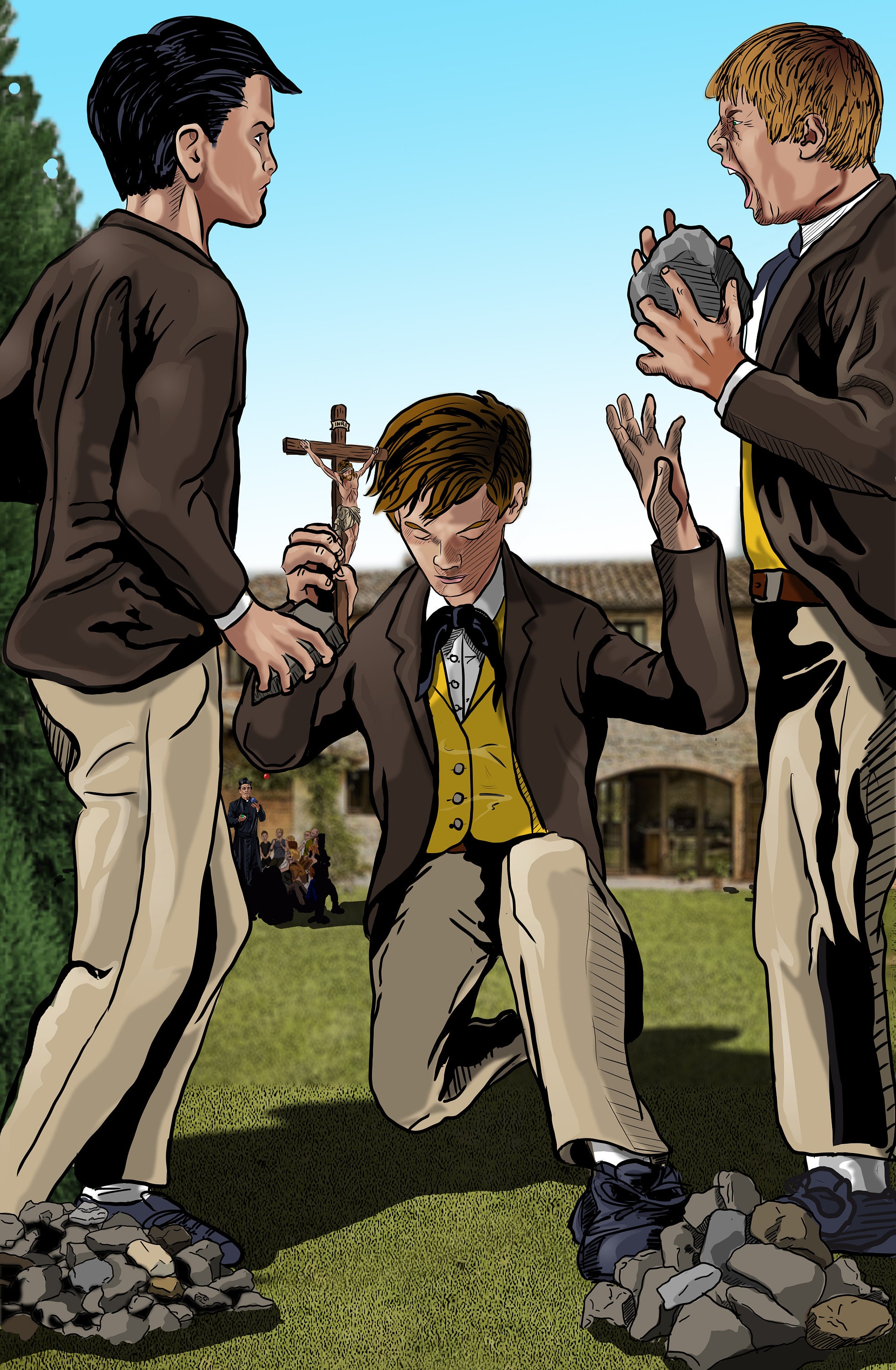 St Dominic Savio received a desire for holiness at an early age while attending daily mass with his mother. The priest at his parish noticed that the boy was clever, devout, and knowledgable at an early age. He served mass almost daily at the age of five and was given a special dispensation to receive First Communion at the age of 7 (at the time the normal age was twelve). He described his First Communion as being the happiest day of his life and wrote down four promises in his journal on that day:

1. I will go to Confession often, and as frequently to Holy Communion as my confessor allows.
2. I wish to sanctify the Sundays and festivals in a special manner.
3. My friends shall be Jesus and Mary.
4. Death rather than sin.

When he was ten, the priest who ran the secondary school Dominic attended mentioned the young boy to his friend, St. John Bosco. St. John Bosco went to meet Dominic to see if he would be a suitable student for his school in Turin. Wishing to test him, St. John Bosco gave him a pamphlet on apologetics and asked him to memorize and explain a segment when he returned the next day. St. John excused himself to speak to Dominic's father and by the time he had done speaking Dominic had memorized, understood, and explained the passage. St. John Bosco took St. Dominic with him to Turin, Italy to become a priest.

St. John Bosco would chronicle much of St. Dominic's everyday holiness in the autobiography, The Life of Dominic Savio, before the young man's untimely death at the age of 14. One of the stories St. John Bosco tells of St. Dominic's role as a peacemaker. One afternoon two boys got into an argument and decided to settle it in a duel of throwing rocks. When St. Dominic learned of this he went out to where the boys had decided to fight and attempted to stop the fight. The boys shouted that they wouldn't stop the fight until one or the other's head was split open. Determined to stop them Dominic stood between them and held out a crucifix and said "Before you start the fight you must look at this crucifix, and throw the first stone at me." When neither of the boys could throw a stone at Dominic he continued "Neither of you is ready to hurt me because I am your friend, yet you want to commit this sin over a stupid remark made at school. Christ, who was innocent, died for us rather than seek revenge from those who hated him."

The boys dropped their rocks, forgave each other, and went to confession.

To hand in my children’s bedroom hallway.