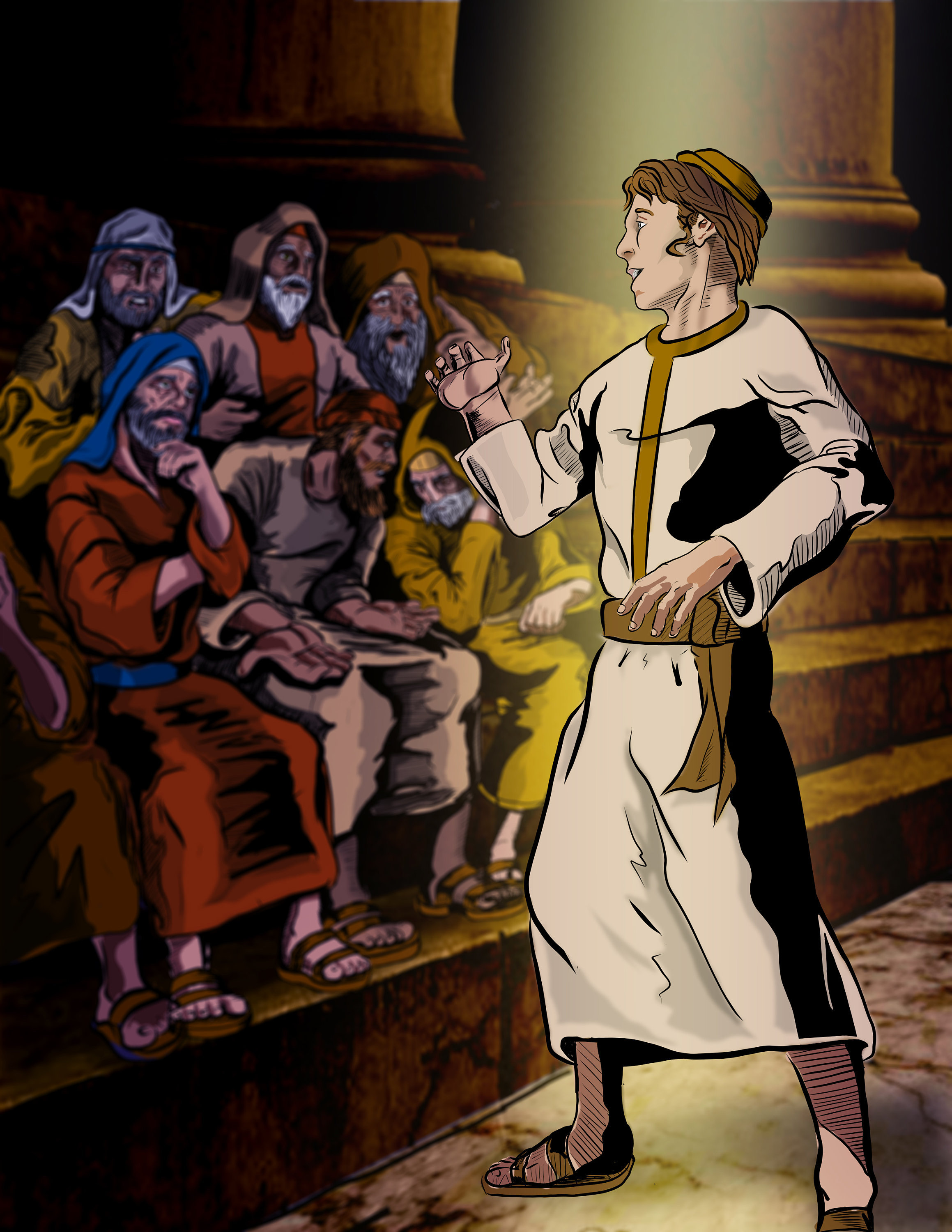 Young Jesus in the Temple

And his parents went every year to Jerusalem, at the solemn day of the pasch. And when he was twelve years old, they going up into Jerusalem, according to the custom of the feast, And having fulfilled the days, when they returned, the child Jesus remained in Jerusalem. And his parents knew it not. And thinking that he was in the company, they came a day’s journey and sought him among their kinsfolks and acquaintance. And not finding him, they returned into Jerusalem, seeking him. And it came to pass, that, after three days, they found him in the temple, sitting in the midst of the doctors, hearing them and asking them questions. And all that heard him were astonished at his wisdom and his answers. And seeing him, they wondered. And his mother said to him: Son, why hast thou done so to us? Behold thy father and I have sought thee sorrowing. And he said to them: How is it that you sought me? Did you not know that I must be about my father’s business? And they understood not the word that he spoke unto them. And he went down with them and came to Nazareth and was subject to them. And his mother kept all these words in her heart. And Jesus advanced in wisdom and age and grace with God and men.