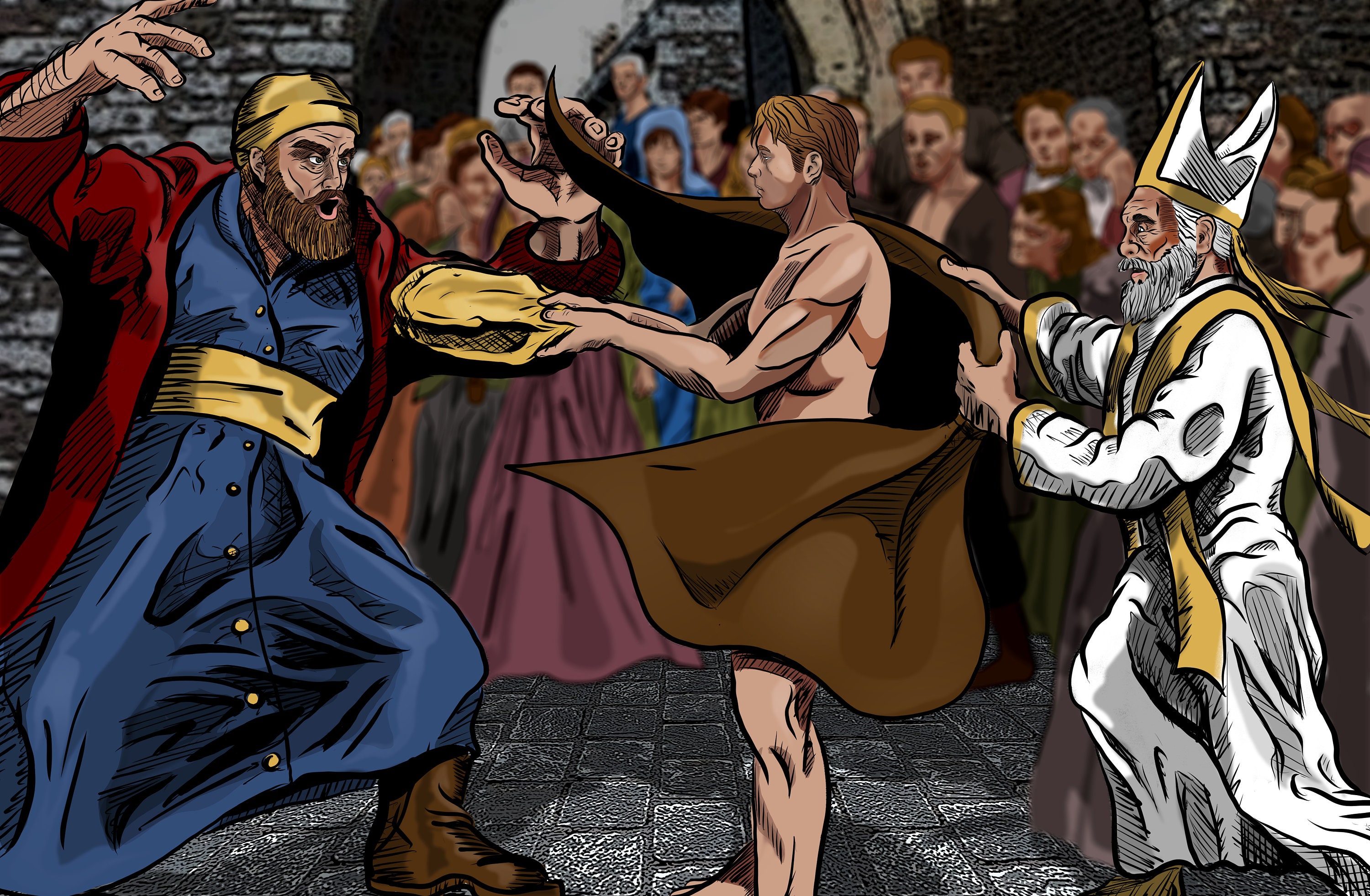 As the son of a wealthy cloth merchant St. Francis was born into a life of wealth and privilege and spent much of his teens carousing and partying with friends. Like many young men, at the age of 19, he had visions of glory and serving his city and rode off to war. The force he rode with was defeated and he was held prisoner in a dungeon for a year.