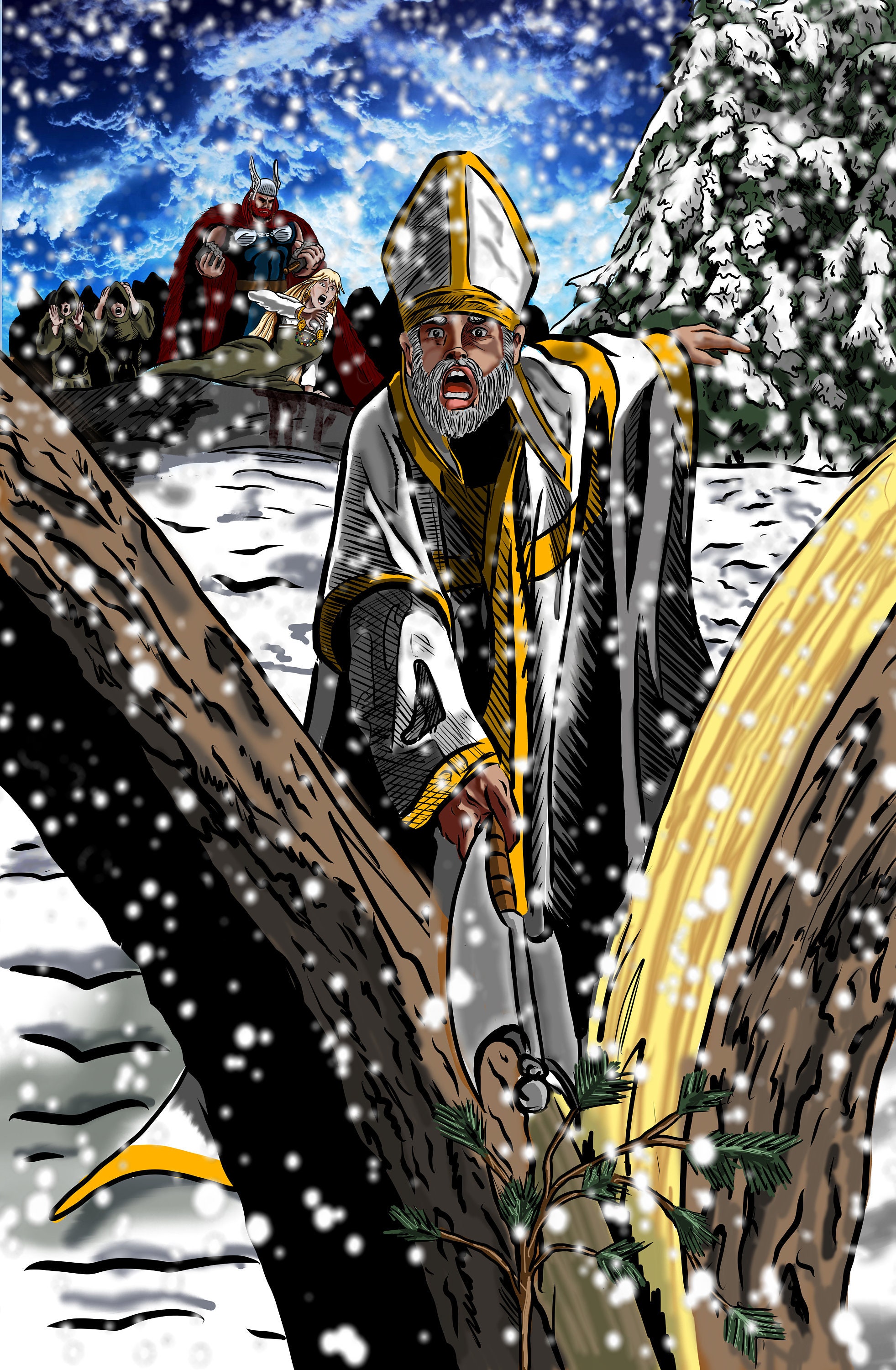 St Boniface, the apostle to the Germans, lived from 680 to 754 and was known for his extensive missionary journeys. One great legend tells how he initiated the use of the Christmas tree. Due to his missionary success in Germany, Pope Gregory made Boniface a Bishop. Despite his successes in Germany, Boniface was constantly plagued by the cult of Thor and was especially disgusted by their practice of human sacrifice to the thunder god at the onset of winter beneath a sacred tree they called the Thunder Oak. The Saint greatly desired to destroy the symbol of human sacrifice but the Thor worshipers balked at him saying he would never destroy the Thunder Oak. On Christmas Eve as the cultists prepared the sacrifice St. Boniface and a few terrified companions interrupted the ceremony. As the execution sought to crush the victim's skull with a ceremonial hammer, Boniface blocked it with his crosier shattering the hammer. Then, full of Holy Boldness, he grabbed a nearby axe and with one blow, brought the Thunder Oak crashing down.

Spying a nearby evergreen sapling he began to preach

“This little tree, a young child of the forest, shall be your holy tree tonight. It is the wood of peace… It is the sign of an endless life, for its leaves are ever green. See how it points upward to heaven. Let this be called the tree of the Christ-child; gather about it, not in the wild wood, but in your own homes; there it will shelter no deeds of blood, but loving gifts and rites of kindness.”1

Inspired by his bravery, boldness, and the great miracle they just witnessed many of the German's there were baptized.

St. Boniface would continue his missionary work in Germany for many years until he was martyred by a pagan mob.